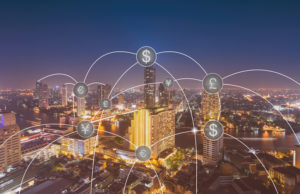 The Alternative Credit Council and Dechert have published their 2019 Financing the Economy report that surveys private debt managers and takes stock of the non-bank lending industry.

Managers are taking a rosy look on recoveries

Moody’s Investor Service took the opposite view. The average historical recovery for a first lien term loan was 77 percent, but the ratings agency anticipates a decline to 61 percent. Second lien term loans are slated to drop from 43 percent to just 14 percent.

Deal dynamics will drive recoveries, of course. While the broadly syndicated loan market is awash in covenant-lite deals, many mid-market loans have resisted the trend. However, it is worth noting that many mid-market lenders have noted they are ceding ground on some issues they would not have in years past. This prompts the question, is mid-market loan covenant quality deteriorating too?

The value of being an incumbent lender will only increase

When asked how managers anticipate their origination strategy developing, some 80 percent of respondents expect having a direct relationship with the borrower will produce a greater volume of dealflow.

This could mean an increase in firms turning to their portfolios to find deals. If indeed this comes to fruition, it would just be one more benefit of becoming one of the “haves” rather than “have nots” in a steadily consolidating private credit world.

Direct relationships with borrowers far outstripped the other sourcing channels. The option where managers anticipate seeing the second largest increase in is “other industry relationships”. Slightly less than half anticipated it playing a larger role in the firm’s origination efforts.

Dealflow from private equity firms, an oft-cited channel, may be less important. Less than half anticipate this making up a greater portion of their originations. More than 20 percent expect this channel to produce similar results as it does today while less than 10 percent see it decreasing.

Of the $767.5 billion of private credit assets under management across the world, $296.6 billion of it is dry powder. That means 38.6 percent of total private debt capital has yet to be put to work. That’s a staggering figure that arguably puts the asset class in a good position for next time there is a sustained period of volatility.

Dechert interview a number of key figures at large private credit firms, including Benoît Durteste, chief executive and chief investment officer at Intermediate Capital Group. He believes the asset class has yet to peak for a couple reasons: a still-happening reconfiguration of capital markets and the sustained growth in private equity.

“There are two reasons why I don’t think we’ve hit a high-water mark,” he said. “Firstly, there is still a structural shift away from the banks to direct lending. Private lenders are long-term take-and-hold investors with long-term funds and thus no asset-liability mismatch.

“Secondly, private debt is very much linked to what’s happening in private equity… Private equity is becoming increasingly prominent while public markets are dwindling. As private equity capacity increases, more and larger deals are being done in the private space.”

What does this mean for investors? For the short-term, managers may not need a much larger vintage of their next flagship fund. The long-term likelihood is that there will still be a continued flow into private credit.