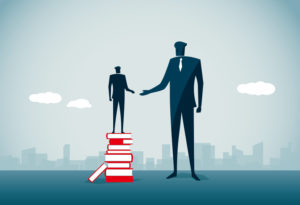 The new hires are Brock Silvers, a Hong Kong-based managing director for global marketing and investor relations, and Richard Clarke, a chief operating officer also based in Hong Kong.

His responsibilities at Adamas include global marketing, fundraising, investor relations and investment project oversight. “It is really [about] expanding the business regionally and in some cases globally,” he said.

Clarke joins from Monex Europe, a financial group specialising in foreign exchange services where he oversaw foreign exchange and treasury sales across Asia-Pacific, according to his LinkedIn profile.

Adamas is primarily a senior secured lender to small and mid-sized enterprises with equity portions included to exploit the upside potential of investee firms.

Private Debt Investor reported in July that the Hong Kong-based asset manager was planning to launch Adamas Pan-Asia Credit Opportunity Fund after its third fund’s investment life came to an end in October 2019.

The Pan-Asian credit vehicle will target mid-market lending opportunities in US dollar-denominated transactions. Notably, the fund will exclude both China and India, according to Silvers.

Adamas co-manages Adamas Ping An Opportunities Fund, in partnership with Yun Sheng Capital Company, a subsidiary of China Ping An Life Insurance, as PDI reported. The vehicle is structured as a joint-venture and has a four-year life with a target return of 8-12 percent on an unlevered cash-on-cash basis.

“We continue to co-operate with Ping An in various ways and they are certainly very valuable in terms of the dealflow and name recognition among the entrepreneurs regionally… [However] they will not be part of the GP, but could still participate pending further discussions,” Silvers added.