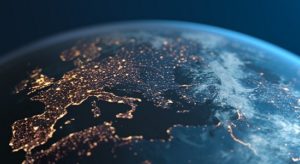 Blackstone, the biggest private equity firm according to affiliate title Private Equity International’s PEI 300 ranking, is planning to bulk up its alternative offering to the masses as firms including Ares Management and Apollo Global Management make a concerted push into private wealth.

The New York-headquartered manager plans to double its private wealth staff from its current 160 professionals, Joan Solotar, global head of private wealth solutions, said at a media briefing in London on Tuesday. The firm plans to reach the target by the end of next year and is planning for offices in Germany and Italy.

“We’re making a big investment in Europe,” Solotar said. “We have been raising already in Europe, but we are in significant expansion mode.”

In Europe, the unit has opened presences in Paris and Zurich, which both have roughly half-a-dozen staff. Its Europe effort is led by Rashmi Madan in London.

Blackstone’s expansion plans come as some alternatives giants seek to raise more capital from individual investors. Ares this week unveiled a 90-strong wealth management unit to develop and distribute its products globally, while Apollo said last week it expects the private wealth channel to become a more significant investor in its funds. It expects AUM from the private wealth channel to grow from 5 percent today to 30 percent or more.

Washington, DC-headquartered Carlyle, however, appears to not be making as concerted an effort on private wealth as its peers. Chief financial officer Curtis Buser said on an earnings call Thursday that the firm remains focused on its institutional channel.

Blackstone raises roughly $4 billion each month in perpetual capital alone via its private wealth channel, according to Solotar. The firm is targeting $250 billion in private wealth assets under management by 2027 – a figure that the firm could hit before that date, she added.

Around 15 percent of the capital from drawdown funds – the firm’s closed-end vehicles – is to be allocated to the private wealth channel.

The firm sees particular opportunity with individual clients that have $1 million to $5 million in investable assets – clients Solotar believes are underserved by alternatives. Minimum investment thresholds vary between jurisdictions and can be as low as $25,000.

– Carmela Mendoza contributed to this report.