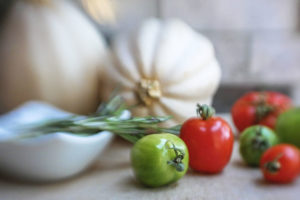 CapitalSpring is back in market with its latest flagship vehicle after the firm’s previous fund, which closed in August 2017, saw investor interest far in excess of its target.

The alternative lender, which specialises in the restaurant industry, is seeking $750 million for CapitalSpring Investment Partners VI. The firm won a $200 million separate account from the Kentucky Retirement System, though it was not clear if that total figure was in addition to or counted toward the fund target.

The firm provides senior and mezzanine debt along with both control and non-control equity investments. Investments in Fund V – which passed its $500 million target with a $725 million final close – range from $10 million-$100 million. Deals since Fund V’s closing include providing financing for WKS Restaurant Group’s purchase of Pennant Foods and a “significant investment” in Detroit-based Buddy’s Pizza.

LPs committed to the fund include Ohio Police & Fire Pension Fund ($50 million), San Antonio Fire and Police Pension Fund ($15 million) and the San Antonio Area Foundation. In addition to public pension funds, CapitalSpring said Fund V generated interest from endowments, foundations, funds of funds and family offices in both the US and Europe.

The vehicle charged management fees of 1.5 percent on called capital, according to July 2015 meeting minutes from the Rhode Island State Investment Commission, as well as a 20 percent performance fee to the general partner after the limited partners have earned their 7 percent preferred return, with a catchup provision for the GP’s share.

Founded in 2005, CapitalSpring has offices in New York, Nashville and El Segundo, California. Since inception, the firm has invested $1.5 billion across 180 transactions.