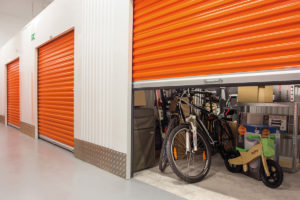 Brexit has imposed challenges on real estate lenders in the UK, but the eurozone has problems of its own.

Some countries, such as Italy, have their own political risks. And in most countries, yields for safer deals have fallen to extremely low levels.

“I don’t think the Italian market is taking account enough of country factors that need addressing,” says Bertrand Carrez, head of real estate debt at Amundi in Paris. He points out that, at only 2.5 percent for core properties, the yield on Italian commercial real estate debt does not offer more than the government 10-year bond, though he adds that it still pays more than for equivalent risk elsewhere in Europe. One observer puts this yield pick-up relative to safer northern European countries at about 1 percentage point.

Analysts regard Germany as a lower-risk country, but returns are often unexciting there too. ICG-Longbow, the real estate arm of Intermediate Capital Group, has recently decided to expand lending from the UK into the eurozone. However, Martin Wheeler, London-based co-head, notes that yields on office properties in Berlin have fallen below 3 percent, “which is low by historical standards”. Low German yields reflect the fact that “this market is awash with debt capital, so our entry into Europe is very unlikely to be through Germany”.
On the other hand, he sees potential in France and the Netherlands in particular.

The returns picture for Germany, a well-banked market, is confirmed by Will Rowson, partner at placement agent Hodes Weill in London: “If you look at returns across Europe as a sliding scale, more peripheral locations such as Spain and Portugal offer the highest returns, with Germany at the lowest end.”

But lenders still see opportunities in the currency union, where some observers say returns have stabilised after falling from higher levels a few years ago.

However, lenders cannot agree on what the opportunities are: some favour small countries, and some large; some lenders are happy to lend to borrowers with high operational risk, while some avoid particular segments.

Many private real estate debt funds start with one important premise, says Anthony Shayle, head of real estate debt EMEA at UBS in London. “They need to find opportunities where they don’t compete with banks.”

This might be through higher loan-to-value ratios – above the 50 to 60 percent that domestic banks typically set as their limits. It might be through refurbishment and development funding, “which would differentiate you from most lenders”. It might, alternatively, be through lending to sectors that the banks find less appealing.

Shayle gives the examples of data centres and care homes. Both are sectors where the lender is lending against operational assets and has to take on the risk that the underlying business might fare badly.

One problem with data centres is the high capex cost, which creates a barrier to entry. One might think that this puts the borrower in a strong position, since it can charge higher fees to customers. However, Shayle notes that this makes it hard for the owner of the data centre to find a replacement occupier, should it vacate the premises.

Another problem is the low intrinsic value of the data centre once an operator has vacated it. The owner is left with, as Shayle puts it, “a shed” and not much else – and a shed is not exactly valuable collateral. But against this should be considered the fact that the data centre industry is growing in Europe, generating more opportunities. The number of large data centres rose by 11 percent in 2018 alone to 430, according to Synergy Research Group.

Care homes, for their part, are highly regulated, notes Shayle. This creates specific risks for the operators, particularly if the regulations change. Care homes, and healthcare in general, are one of the few areas that GAM Investments shies away from in Europe, says Andrew Gordon, co-manager of its real estate finance team in London, though the firm does not rule them out altogether.

Part of the problem is the sheer labour of understanding the healthcare regimes in different countries, which requires an enormous amount of time – a cost in itself. Another, Gordon points out, is the reputational risk: “You don’t want to become known as the lender who has foreclosed on a loan to a care home.” This reticence about healthcare among some lenders naturally creates opportunities for those willing to take the risk

No road leads to Rome

Lenders also face the dilemma over whether to lend to properties in riskier countries, where the yields are higher, or to stick to safer nations, where they are lower. Is it worth the risk of going into Italy in search of higher yields? Martin Farinola, Gordon’s co-manager at GAM, thinks not: “Italy has a very borrower-friendly process, which makes it very difficult to foreclose on assets, so it’s one of the countries that we typically avoid.” GAM steers clear of Greece for the same reason.

This reasoning leads ineluctably to lower-return countries such as Germany, but observers are keen to point out that even here, there are good selective opportunities. “In Germany, there’s really strong lending competition, but outside the standard sectors, banking supply dries up very quickly,” Farinola says.

GAM has a few examples. It is prepared to do lend at loan-to-value ratios in the 70s for the right German deals – “certainly above the level at which banks lend”. Another sector that still offers decent returns in Germany is self-storage, Farinola says, since many local banks will not fund it. He sees opportunities for this segment across mainland Europe, where it is on the rise.

A third field is loans for student housing on the continent. The UK is now looking crowded, thinks Farinola, with sharp competition among lenders. “However, we think this is an attractive asset class to finance in markets on the continent where it is seeing growth, such as in Germany, the Netherlands and Spain.”

The point that there are opportunities even in Germany is echoed by Rowson of Hodes Weill. He notes that for value-add funds offering 50 percent loan-to-value ratios, and specialising in refurbishments and changes of use, net IRRs of 8 to 11 percent are achievable in Germany, though these are lower than the 12 to 14 percent or so achievable in Spain and Portugal. For example, “taking a warehouse in Berlin and turning it into a creative office could create a 9 or 10 percent return over the next three to five years”.

Ultimately, good returns, with reasonable risk, are still available in the eurozone to lenders prepared to do the work of understanding particular sectors. Carrez of Amundi gives the example of a loan his firm has extended, in cooperation with other lenders, on the operational assets of a movie theatre company headquartered in France. “You need to be comfortable with the capacity of the operator to afford the rent on its property,” he says. “An understanding of the corporate business model of the operator is essential.”

In securing this understanding, Amundi has an advantage as a real estate lender, argues Carrez: it can tap into the knowledge of people in its sister private debt platform. “We don’t see large volumes of opportunities for niche markets, such as movie theatres, healthcare, data centres and hotels,” he says. “But there are always some interesting opportunities to look at if lenders have the expertise somewhere within the organisation.”