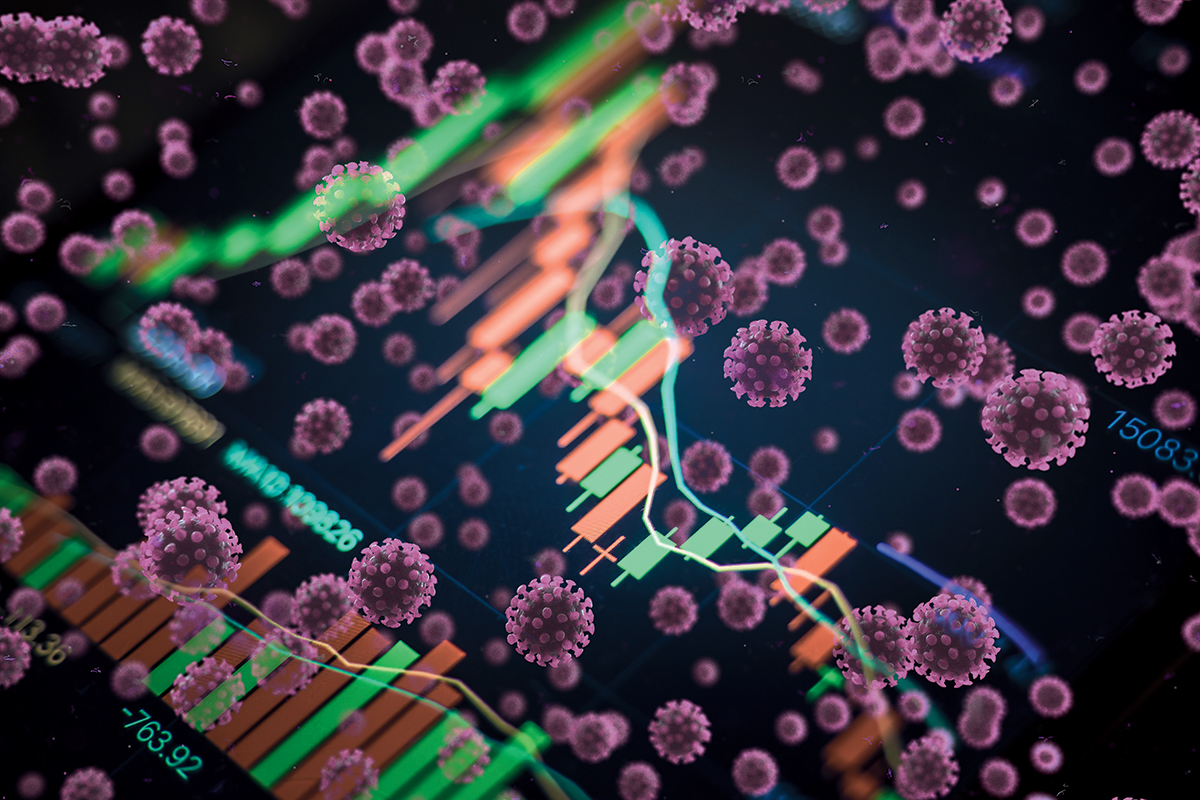 Providing small and medium-sized enterprises with adequate funding for growth has long been an issue that investors, banks and governments have tried to get to grips with. However, the pandemic has profoundly changed the dynamics of SME finance and put many companies on life support.

In just a few short months, SME lending has become dominated by government schemes intended to help businesses survive the enforced closures aimed at controlling the spread of covid-19. In the UK, a series of schemes have been launched to provide interest-free loans to business of varying sizes. The main focus has been on smaller companies that are thought to be less able to survive even short periods of disruption to their business.

The most recent figures from the British Business Bank, which is responsible for overseeing the UK government’s coronavirus lending schemes, show more than £40 billion has been loaned to more than 1.3 million small enterprises under the Bounce Back Loan Scheme. A further £17.2 billion has been loaned to 73,000 firms covered by the separate Coronavirus Business Interruption Loan Scheme. The two schemes between them cover the full range of SMEs.

The amounts are huge and lenders active in SME finance have confirmed that government loans have become a substantial part of their market.

“SME lending is dominated by CBILS at the moment,” says Paul Taberner, managing director of UK small business lender Mercia Debt Funds. “Every SME looking to raise debt is doing it via CBILS and most lenders have also signed up to offer CBILS loans as well.”

“The strong demand for CBILS loans has been driven by a nervousness among SMEs about the prospects of future lockdowns,” Taberner says.

At the time of writing, England was entering its second national lockdown in response to rising coronavirus case numbers. This forced the government to further extend the availability of BBLS and CBILS, meaning their dominance of SME lending is set to continue.

Although the schemes were originally due to close to new applications at the end of November, applications can now be made until the end of January. However, with politicians already discussing extending the lockdown, which is due to end on 2 December, the deadline may be moved out further.

A report from the EY ITEM Club predicts business lending will grow by 14.4 percent in 2020, the highest level since the global financial crisis. It does not expect firms to start repaying additional debts accumulated as a result of the current crisis until 2022.

Despite the enormous quantities already loaned, there is significantly greater demand for both BBLS and CBILS loans from SMEs, according to Douglas Grant, director of Isle of Man-based challenger bank Conister.

“Conister received an initial allocation limit of £10 million for the BBLS scheme, and so far we have received 4,607 applications with a total amount of £162 million,” he says. “Without doubt, the scale of applications is enormous, and while SMEs are the lifeblood of the economy, and where innovation and creativity happens, it is crucial that priority is given to resilient businesses to allow them to pivot their business models for the new normal.”

Part of the driver for this huge level of demand may be that business owners are worried about the future and are seeking finance in anticipation of a future crunch.

“Lots of CBILS [loans] have been precautionary, with firms taking funding on board now in case they need it and in the hope that they will have addressed any potential liquidity issues before they have to be repaid,” explains Taberner.

The terms of the scheme are also very relaxed and many firms have been taking loans to fund acquisitions and shareholder realignments, among other things. Provided an SME can show that the funds will help it to continue doing business despite the pandemic, then it is a justifiable reason for taking out BBLS and CBILS facilities.

However, this is having an impact on those offering regular loans. If a business can borrow money with no interest and suspend repayments to fund an acquisition or buy out a shareholder, there is little reason to go to private market providers charging higher rates and offering stricter terms. Until these schemes draw to a close, they really will be the only game in town for SME lending. This is putting an enormous amount of demand pressure on the government schemes and the extension could push total business borrowing higher than the EY ITEM Club forecast.

So what does this all mean for SME lenders? Although government-backed loans are dominant now, Taberner expects this to change next year.

“We think that from mid-2021 there will be a major squeeze on SME finances as payment holidays end and VAT and other tax payments start to kick in,” he says. “A lot of parked transactions will come back to the fore and some businesses are going to end up in a difficult situation.”

He expects a lull in demand to immediately follow the end of the UK government’s finance schemes. However, he also believes this will be followed by a renewed search for capital: “There will be a refinancing wave as borrowers will want to renegotiate their existing loans and the banks are going to start retrenching and won’t be looking for new borrowers.”

But Grant warns that firms are going to be struggling under a major debt burden in the near future.

“SMEs will have a huge amount of debt,” he says. “While extending the scheme into next year is part of how we deal with that, other solutions are going to be needed.” Possibilities include taking some of the accumulated government debt and restructuring it into longer-term arrangements also supported by the state to help firms better manage down their net debt.

However the future pans out with regard to the pandemic, small businesses will be struggling to rebuild in the aftermath and are likely to be dependent on government sources of finance for years to come. It remains to be seen whether some replacement scheme, less generous perhaps, will eventually take over from BBLS and CBILS. Many in the industry believe this needs to happen if firms are to be able to manage down their debt piles.

Involving the private lending sector is also likely to be vital as they can reach businesses that banks traditionally miss. However, the government also needs to be careful not to prop up businesses that do not have any reasonable prospect of recovery.Turning to the private sector to help make those calls about which businesses to lend to will be vital in directing funds to where they can do the most good.