This article is sponsored by Alcentra and first appeared in the December PDI 50 supplement.

Where is the lending competition coming from?

There are pockets of competition across the market, both from funds and banks. There are lots of numbers bandied around about how many funds there are in the market, but the size of funds raised has often been lower than expected, or managers have not been able to move from a smaller first fund to a second larger one. The market has become bifurcated, with a small number of large players, and a large number of small players. There is still competition coming from the banks, but on the other hand, the banks are pulling back from parts of the market. They tend to do lower-priced deals which are often club deals – and all that that entails – or big and syndicated. By contrast, we are targeting more bespoke deals as sole arranger and underwriter.

What returns are available in your market?

In the market we are in, consisting of senior and first-lien secured loans, people talk about an IRR in the high single digits. The use of a conservative leveraged strategy is quite appropriate on top of that, because of the low risk, and that can add another three percentage points or so.

As a big fund manager, you cannot do tiny deals. Do you think there is more competition for larger or smaller deals?

In a counterintuitive way, in terms of funds, the bigger the deal gets, the less the competition, because the number of funds able to do big deals as sole arranger and underwriter is small. However, for bigger deals there is more competition from the syndicated markets and high-yield bonds, but they are very different options from the customised solutions we can offer.

Banks like to sell loans on, but we and many other funds like buy-and-hold strategies, where we have the capacity to support a business through a buy-and-build strategy. That is where size and scale is important, because we can often supply additional growth capital in future years, on top of what we have initially invested.

Why have you stayed in one European location, when some other managers have opened new offices?

“In a counterintuitive way, in terms of funds, the bigger the deal gets, the less the competition, because the number of funds able to do big deals as sole arranger and underwriter is small”

I think that co-location – having all 24 people in our direct lending team based in the same place – makes for better communication and risk management, than having people based in London, Madrid, Paris and Frankfurt. The opportunity to share information and experiences on deals from different geographies is easier. It is better to get up off your chair and walk across the floor to discuss that deal with a person who worked on it, rather than use email or talk about it on the phone.

Although we are all based in London, many of the team are multilingual, so they can work across borders. We have hired people from the German, French, Nordic and Italian markets. It’s a case of having the right people with the right relationships and expertise rather than simply the location which is important.

Many managers do not venture outside Europe’s biggest cities. Do you see good potential elsewhere?

We have always looked broadly across jurisdictions. There will be more competition in the large capitals because that is where everybody goes. If you have been in the market for a long time or have well-established people, and are prepared to go to smaller cities, you end up with deals that have less competition. The pricing may be similar, but there may well be less leverage, so the risk-return may be better.

Everyone is talking about how to prepare for the next downturn. Are you heavily stress-testing potential deals for a downturn?

We are always looking for the downside, and undertaking stress testing, even in good markets, because things can always go wrong.

As we travel further away from the last crisis, people grow more confident about rising leverage multiples, so everybody has to pay more for their target businesses. In other words, you end up with asset inflation and a bit of credit inflation. However, we are always aware of where we are in the cycle – the downturn might come next year or in 2020, but it is probably not many years away. Because of this, we are all the more conscious of the need to walk away from deals where we do not like the pricing or documentation.

“We are always looking for the downside, and undertaking stress testing, even in good markets, because things can always go wrong”

Documentation is an area where we and investors are focused on these days also. I think in the US there has been a shift toward covenant-light deals even in the mid-market, whereas in Europe there is more pushback. We are aware, however, that some funds are becoming creative, shall we say, about what having covenants actually means. I believe European managers are very much focused on covenants.

Do you favour or avoid certain sectors when lending, especially when preparing for a downturn?

Yes, we are looking for less cyclical and less volatile sectors. Those businesses where customers or clients find expenditure to be less discretionary. Retail is not a sector we would consider currently given the environment, the chemicals sector historically has been volatile depending on market conditions and can be impacted by the volatility of oil prices for example. So, we are very much on guard for these issues and others that can impact performance.

We also avoid those sectors and businesses which are heavily asset dependent, aircraft and shipping spring to mind as more specialised areas. Asset values are more obviously linked to market conditions than say a cashflow-based investment with more flexibility in the way it is managed, and we have seen quite some volatility historically in those asset-based sectors.

B2B service providers and healthcare are sectors that remain attractive, although even within a sector generally well regarded, one has to be conscious of potential volatility of users and funding issues and adjust thoughts on leverage and pricing accordingly.
This perspective on the market and dynamic sector selection is one of the benefits of having come through previous cycles and in having a large and experienced team. 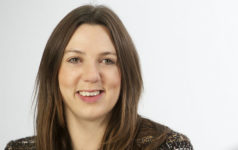 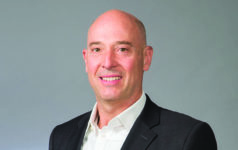 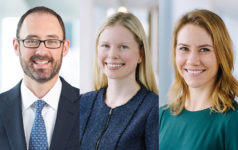 Twin Brook Capital Partners on managing for today and tomorrow