An increasing number of bad loans are drawing foreign buyers’ attention to Chinese banks. During the fourth quarter of last year, Canada Pension Plan Investment Board’s credit team hit the headlines when it offered an undisclosed amount of leverage for an acquisition of China NPLs by Blackstone.

It was not the first time the US alternative assets giant had dipped into the market. PDI understands that in 2017, Blackstone bought a package of NPLs in Guangdong province from Huarong, one of China’s four national-level asset management companies.

It has been less than a decade since these non-performing assets became available to foreign buyers in a market-friendly way. However, the first auction of NPL assets took place in 2001. According to a report from law firm Kirkland & Ellis – Non-Performing Loans in China: a Potential Win-Win Opportunity for Foreign Investors and China’s Economy – a Goldman Sachs- and Morgan Stanley-led consortium paid Huarong nine cents on the dollar in 2004 for controlling stakes in an NPL portfolio worth $1.5 billion.

For foreign buyers, most deals are rooted in the loan books of China’s four major state-owned commercial banks: the Industrial and Commercial Bank of China, Agricultural Bank of China, Bank of China and China Construction Bank. These banks are dominant in China’s primary NPL market, where banks transfer their NPLs to AMCs.

The AMCs then transfer the loan packages to other investors in the secondary market.

According to sources at White & Case, sales by AMCs are conducted privately or through public auctions. In a 2018 report, the law firm stated that a sale-and-purchase agreement for the acquisition of an NPL portfolio should be governed by onshore laws where successful bidders might find “minimal room to negotiate changes”.

This view was echoed in a report published by PwC China last November. 2019: A Sunnier Outlook for International China NPL Investors shows that among 27 NPL portfolios sold to foreign investors, at least 26 transactions involved the big four AMCs during 2018.

Leading foreign investors in China NPL portfolios include Oaktree Capital, Lone Star, Goldman Sachs, PAG, Bain Capital Credit, CarVal, Blackstone and LVF Capital. It seems they could be in for a busy time.

In January, Reuters – citing an official within China’s banking regulator – reported that NPL ratios in China’s commercial banks had hit a 10-year high of 1.89 percent at the end of 2018 amid a slowdown in the country’s economy.

Increasing NPLs are largely related to the significant amounts of lending that took place in an effort to prop up the economy following the 2007-08 global financial crisis.

“NPLs are a natural occurrence when you have a flood of new lending,” says Ted Osborn, a Hong Kong-based partner at PwC China and leader of the firm’s restructuring and insolvency practice. “Lending standards get relaxed and banks end up making loans they ordinarily wouldn’t, and many of these end up as NPLs.”

According to a Chinese distressed debt fund manager who wished not to be named, NPL sellers tend to consider their internal quotas as the most important factor, rather than the economics of an NPL portfolio acquisition. “The sellers do not get compensated by getting an extra three cents or five cents on the dollar for the sale of an NPL portfolio,” says the source. “But they will get paralysed by not meeting their quota.”

For foreign buyers, enforcement proceedings are the common approach to generating cash from NPL acquisitions, with a view to either restructuring the debt or liquidating the underlying properties.

Barnaby Lyons, a Hong Kong-based managing director and head of Asia at fund manager Bain Capital Credit, focuses on enforcement proceedings against mortgage-backed properties. “In many cases, the real estate itself is not necessarily a problem in China,” he says. “Rather, the lending practice or the debtor is.” 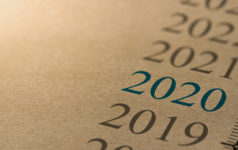