The Dusseldorf-based firm previously held a first close on the Archimedes fund in November 2016, by which point it had raised €82 million. It began marketing the strategy to institutional investors two months prior to the first close.

Capital commitments now stand at €129 million, Caerus said in an announcement. It is expected to have an overall value of €300 million.

The strategy targets investments in Germany, Austria, Switzerland and the Benelux countries and is aiming for IRRs of 3 to 4 percent. The fund can provide senior debt as well as whole loans, with a maximum loan-to-value of 80 percent.

The new capital comes from a “major” German insurance company as well as an increase by an existing investor, the firm said. A large German insurer and a pension fund provided the initial capital for the first close.

The debt fund also has a sub-fund into which investors can make minimum subscriptions of €10 million.

“No other asset class currently offers a more attractive risk/return ratio and a higher return, particularly for insurance companies, in relation to the equity securitisation required by Solvency II,” commented Michael Morgenroth, CEO of Caerus.

Germany’s debt fund market was the subject of a recent analysis by Real Estate Capital. Although there are a few debt fund managers active in the country, the heavy presence of the banks means there is a limited gap in the market.

“There’s not much juice in the German market for alternative lenders – it’s too liquid,” said Markus Kreuter, JLL’s head of debt advisory in Germany. 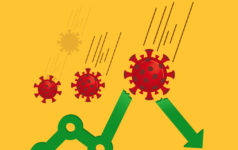