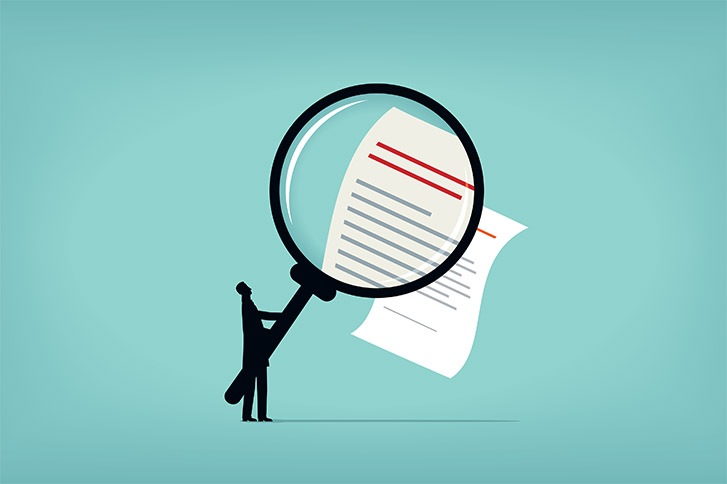 The relentless advance of covenant-lite into private debt markets has been causing lender frustration since it crossed over from high yield.

In 2019, 87 percent of global leveraged loans were covenant-lite, according to LCD, S&P Global Market Intelligence – representing an enormous 79 percentage point increase over 10 years.

But what would happen in the event of something so large that it hit the entire financial system and closed down economies? Might the covenant-lite phenomenon fade and lenders regain some power? That seems not to be the case.

Despite issuance almost entirely drying up in the second quarter of 2020, covenant-lite prevailed. In fact, of the $195 billion issued through mid-September, some 87 percent remained covenant-lite, LCD, S&P Global Market Intelligence data show.

So, what happened – or rather, what did not happen?

“At the time, we thought this could be the moment when the market takes stock and undergoes a correction on documentation and terms,” says Jeremy Duffy, partner at White & Case. “But it wasn’t.”

In March and April, there were strong suggestions that the shape of covenant-lite and the nature of covenant packages would be altered, due to the market reaction to the sub-optimal environment, says Duffy.

Instead, something else happened. “We saw a series of waivers of covenant testing, and the imposition of minimum liquidity covenants and attaching terms including increased reporting obligations,” he says. “Importantly, we did not see covenant-lite fundamentally altered.

“Creditors – banks and direct lenders – plus issuers, all parties, did not fundamentally seek to unwind the last one or two years of progression that covenant-lite has made.”

As a key investor in this market, Fiona Hagdrup, leveraged loans manager at M&G, says there was a bigger issue at play. “There’s nothing like a leftfield arrival like covid-19 to upset carefully concocted theories about how the next downturn would play out.”

Wide of the mark

Hagdrup explains that the gloomiest of forecasts had predicted that recoveries would be lower during the downturn, as the triggers would be postponed. So far, that isn’t how things have played out.

“In a liquidity squeeze, what matters is ability to pay – it doesn’t matter a hoot if your terms are covenant-lite or not,” she says.

With “uber-liquid companies” issuing debt at incredibly low levels, the idea they would suffer from a failure to pay – the true definition of default – didn’t really enter anyone’s consciousness, Hagdrup says. With all this top of mind, market participants did not attempt to change the fundamental terms under covenant-lite deals, say those close to them.

“Instead they were prepared to wait and watch the impact of covid-19 on credits and markets unfold, whilst making relevant amendments,” says Duffy.

Additionally, there was a key question of opportunity. “In Europe, when companies needed cash – in April to June – it was mostly (but not exclusively) met by their owners and/or their banks, backed by state guarantee schemes,” says Hagdrup. “When institutional investors were involved, either to be a part of the financing or because documentation required their consent, they were quite successful in getting holes in the documentation closed as a quid pro quo.”

When the crisis began, many borrowers drew their revolving facilities in full as a precaution to build up a liquidity buffer. This made lenders focus on the terms regulating when revolvers can be drawn and how long they can remain outstanding, according to Alan Davies, partner at Debevoise & Plimpton.

For Gregg Disdale, head of alternative credit at Willis Towers Watson, investors’ focus has been targeted.

“Where there has been scope to negotiate with borrowers, leverage and fixed charge covenants have become less of a focus,” he says. “This is particularly true of leverage covenants, which could explain why the default rate has so far not risen significantly.”

While there has been some movement of defaults, the significant state and central bank support has kept a vast number of companies going. It also means lenders’ big moment to return and reclaim some power is yet to arrive.

Jim MacHale, partner in the banking and finance practice at Clifford Chance, has seen very few true restructurings since the onset of covid-19. This means investors in covenant-lite deals are largely in the same position as they were before.

“The focus in the market has been on liquidity and temporary waivers of either actual or potential breaches of finance documents,” says MacHale. “Although this approach has commonly been referred to as the ‘sticking plaster’ in anticipation of the full impact of covid-19 on businesses across the globe.”

Davies witnessed the same reluctance from lenders to demand tighter terms. “Although they have been acting cautiously and are less willing to finance weaker or smaller companies, investors have been keen to practice the principle of forbearance.”

Here is another key point, which may have prevented lenders from pressing their case more firmly amid a time of deep societal strife. “Seeking to put otherwise profitable performing corporates into default is not something that investors want to be seen to do in a pandemic,” says Davies. “Investors have been monitoring their borrowers closely and generally asking more questions and requesting much more financial information, especially when revolving credit facilities have been fully drawn.”

For Duffy, the publicly imposed position, or moratoria, on creditors to enforce following default is an important factor too. “Importantly, there is also an overriding moral tone that lenders are having to take into account when considering enforcement,” he says.

So far, it’s not playing out as many investors had hoped, and when the issuance engine burst back into life after a brief covid-19 hiatus, things seemed to carry on regardless.

“While there has been some pushback on the deals that have recently gone to market, it is worth noting that a number of them were underwritten prior to the covid-19 lockdown (so at the top of the market) and, therefore, the changes to these terms are not, in the overall scheme of things, particularly significant,” says MacHale.

Some deals have been launched with no real difference in terms at all, he says.

Hagdrup at M&G has seen some deals that end up with tighter terms, allowing the buyside to see just how far things had fallen. “But it’s not like 2016, where there was a significant tightening of documentation, and it certainly isn’t like the gulf between pre-GFC and post-GFC deals,” she says. “If you were scoring out of 10, it’s maybe a notch higher.”

Elsewhere, however, borrowers have seen some “covid-adjusting of EBITDA, thanks to overly-enthusiastic interpretation of documentation,” she says. “The European Leveraged Finance Association has been vocal on this issue, highlighting that this behaviour – the use of so-called EBITDAC – is not welcome, nor in the spirit of the terms that were originally drawn up.”

So why have lenders, in a time of such great need, not been able to press their claims further? “Banks remain open, direct lenders are pitching as well, and sponsors continue to push for aggressive terms – the evolutionary process for covenant-lite continues,” says Duffy. He also notes that banks have successfully defended or even improved their market share of larger strong leveraged credits.

This does not bode well for lenders wanting to strengthen their hands. “We are in an environment where investors should be able to extract better terms and underwrite safer capital structures,” says Disdale. “You would think it would be a more interesting time to be considering direct lending. But look at the balance between falling demand for new lending versus the amount of money that’s still out there – it’s hard to know how that’s going to balance itself over the next 12 to 24 months.”

Much of the wall of money raised by credit opportunity funds in the eye of the storm is yet to be deployed, but direct lenders will hold a higher bar to the credit they underwrite, according to Disdale. “That said, if high yield and leveraged loan markets offer themselves up as a viable alternative again, it just gets a bit tougher for the direct lenders,” he concludes.

For MacHale, the future of covenant-lite looks much like the past. “In theory, you would expect the implications of a wave of defaults to result in a significant impairment to the leveraged finance market and a return to more investor-friendly terms,” he says. “However, history has shown that memories are short and, while there is still a demand for paper in the institutional market for the right deals at the right price, sponsors will continue to benefit from ‘borrower friendly’ terms.”