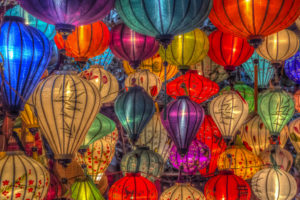 Venture debt investor InnoVen Capital Partners is expanding its investment scope into South-East Asia due to what it sees as a lack of funding for high growth start-ups across the region.

The venture lending firm, with offices in Singapore, Beijing, and Mumbai, completed its first deal in Vietnam in Q1, lending an undisclosed amount to an e-commerce company, Tiki, according to chief executive Chin Chao.

The investee company’s latest equity funding round is thought to be as much as $100 million, as per Nikkei reporting in June. Existing investors, as of June, are known to include venture capital, private equity firms and a Chinese e-commerce giant, JD.com.

InnoVen’s loans are typically structured as amortising medium-term notes, with 24 to 36-month maturities. Its typical transaction size ranges from $500,000 to $15 million. The firm provides a non-convertible and non-dilutive financing option to start-up founders and existing shareholders. Its loan amount to the investee company is typically capped at 20 or 25 percent of the latest equity round value, per transaction.

Notably, the venture lending firm has shifted its lending focus by gravitating towards earlier stage companies across its target geographies, according to Chao. The firm’s primary lending target has changed to companies in their ‘pre-series A and series A rounds’ from ‘series B and C’ in a four-year time. “I think part of it is demand. The companies in the earlier cycle look to minimise the equity dilution. We get the earlier stage because the impact that we can provide is greater,” he noted.

Its portfolio asset breakdown as of end-2018 shows 25-30 percent of its completed transactions came from South-East Asia, 30-35 percent from China, and the remainder from India. InnoVen Capital has invested in as many as 200 companies as of 5 August.

For South-East Asia, InnoVen makes loans to the start-ups in series A and B stages at an effective annual rate (EAR) of 10 percent. The loans are denominated either in US or Singaporean dollars.

Its India operation, InnoVen Capital India Private Limited, is registered with Reserve Bank of India as of 30 April, as a non-deposit taking systemically important company (NBFC-ND-SI). For India, the firm makes loans, in rupees to early stage ventures at 14.5 percent in EAR. The rate is higher in India because the firm leverages its balance sheet to a degree. These loans have no financial covenants but require the borrowers to repay the loan, monthly.

Although the firm is sector agnostic, it has invested in high-growth firms mainly in the technology sector, including Oyo, a Gurgaon-based hotel booking website in India and a Beijing-based autonomous driving company, Momenta.

The lending firm does not manage any third-party capital as its two shareholders, Temasek Holdings and United Overseas Bank, topped up $100 million each for the platform in May, Chao confirmed. The Singaporean investment holdings company, Temasek, and United Overseas Bank, are the 50:50 equity shareholders of InnoVen Capital, according to a disclosure from the bank in July 2015. InnoVen’s assets under management was sized at $400 million as of 5 August.