“Activity is likely to remain consistent across Europe. While conditions remain attractive for borrowers, a particular focus will be refinancings of transactions completed around the global financial and European sovereign debt crises, when credit spreads were much wider.

“Greenfield activity has been sluggish, with few countries having a deep pipeline of public-private partnership (PPP) transactions. While transaction volumes are likely to be modest in 2018, there are at least signs that a decent PPP pipeline is building: the French and Irish Governments have made strong signals about new projects; there are German roads in the pipeline and an ambitious road programme in Norway.”

“Perhaps the biggest unknown is what happens to borrowing conditions as the European Central Bank (ECB) begins to wind down its quantitative easing programme. It is surely no coincidence that commercial banks have continued to lend aggressively during the period of bountiful ECB liquidity: this could quickly change when the ECB applies the brakes.”

The return of Southern Europe?

“Southern Europe is being watched closely by investors looking for value, with Spain, Italy and Portugal the three most likely sources of activity.”

“While pricing in Southern Europe reflects a degree of investor caution, programmes such as the announcement of a new €5 billion roads programme in Spain along with the leverage large contractors have on local banks, may lead to a convergence of value towards NW Europe.”

“Outside Europe, Canada and Australia continue to lead the way; with transactions totalling $11 billion and $30 billion respectively in 2017. Both offer a range of opportunities across the transport and energy sectors with renewables again playing a prominent role.”

“The PPP model is active in both countries, along with a wider privatisation agenda in most Australian states that provides a diverse mix of opportunities. While natural resource prices remain depressed and the previous investment in mining has receded, large financings continue in the oil and gas and LNG sectors in Australia.” 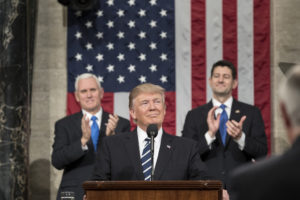 So much for the Trump effect: absence of ‘mega deals’, with sustainable pipeline elusive

“While investors may look longingly at the US as a source of untapped potential, many overlook the fact it remains the largest market globally with over $50 billion of infrastructure debt activity in 2017. An interesting characteristic is the absence of ‘mega deals’ evident elsewhere, but the volume of transactions is large with 149 deals.”

“Looking ahead, if President Donald Trump delivers a fraction of the infrastructure the US needs, it would be a game changer for investors. The PPP model has been used in the road and rail sectors, but the increased growth into social infrastructure such as schools, hospitals and government buildings has not gained momentum compared to Canada, where the model is well established.”

“Despite strong interest from European investors, a sustainable pipeline in the US remains elusive. This is made more challenging by infrastructure being delivered at a state and municipality level, with little central support or control.”

“Investors in North America feeling frustrated with the relative lack of PPP and transport activity are increasingly looking south. Mexico was the sixth biggest infrastructure debt market globally in 2017, while there is encouraging activity in Peru, Colombia and Chile. There is evidence to suggest these markets should no longer be considered emerging, with a number of deals sold to international investors based on strong financial structures.”

The Middle East, Asia and Africa: regional fragmentation creates challenges, but rise of Africa as destination for European debt investors is only a matter of time

“Activity in Asia is challenging for investors given strong fragmentation across the region. The real infrastructure investment engines remain China and India, but these markets remain out of scope for the vast majority of European investors.”

“Historically, in Africa the market has been reliant on multilateral and development banks to provide financing; however, equity investors are starting to look across Sub-Saharan Africa. On that basis, the rise of Africa as a destination for European debt investors can only be a matter of time. The challenge however for European investors will be having confidence in local markets. This hinges on long-term political stability across the continent.”