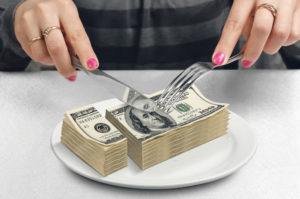 Kennedy Lewis Investment Management is back in market with the second vintage of its multi-strategy credit fund and is anticipating a one-and-done close early next year, according to a source familiar with the matter.

Last month, the New York-based firm formally launched its sophomore fund, Kennedy Lewis Capital Partners II, with a $1 billion target. The vehicle is expected to be oversubscribed and hold a first-and-final close in March of next year, this person said.

The vehicle has a flexible mandate that allows the firm to invest in either performing or distressed credit in both the public and private markets. The firm’s verticals include non-traditional educational finance, power, life sciences and intellectual property.

Fund II offers investors an incentive to get in sooner with a tiered fee structure, though the hurdle remains set at 7 percent for all investors, this source said. The discounted fee structure charges a 1 percent management fee on committed capital and a 15 percent incentive fee for those that commit by year end.

David Chene and Darren Richman founded KLIM in November 2017. The firm hit the $500 million hard-cap on its debut fund in December. Chene was previously a managing director at Minneapolis, Minnesota-based CarVal Investors where he oversaw the firm’s US corporate securities business. Richman was previously a senior managing director at New York-based GSO Capital Partners, where he worked on special situations and distressed debt investments.