“There’s a scarcity of capital, so the folks who are providing debt to the market have been able to get relatively decent terms and that’s where you’re seeing capital move in the hotel space.” 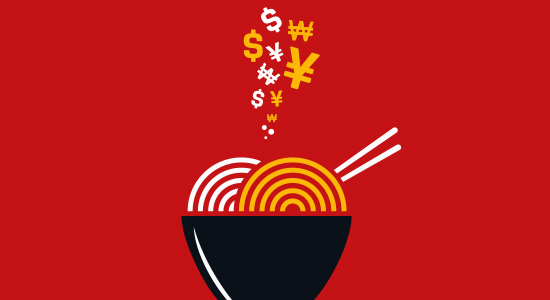 Reasons for hope in Asia-Pacific
Private debt fundraising has taken a major hit from the pandemic, right? Well, certainly if your fundraising parameters are the US and Western Europe. But in Asia-Pacific, not so much. In fact, vehicles focused on the region raised as much in the first three quarters of this year as in the whole of 2019.

What’s more, the outlook looks even rosier in the period ahead. As David Fowler, country head of Singapore at alternative asset services firm Sanne, told us: “The larger institutional managers will be increasing fundraising into 2021 and we also see some smaller funds starting to become more attractive as we move towards the end of this year.”

One of the reasons for the increased interest is that, having previously been associated almost entirely with distressed and special situations, Asia-Pacific is now seeing increased appetite for debt from growth companies. These businesses are turning to private debt as the banks fail to meet their needs.

You can read more about this and a host of other trends in our newly published Asia-Pacific Report (see here).

Brand name better than brand new?
Has fundraising become too predictable? One of the talking points at last week’s Women in Private Equity Forum was LPs’ ‘flight to safety’ post-pandemic as commitments gravitated to the big brand names that investors already had established relationships with. The point was made that this could be a threat both to the fundraising prospects of smaller, emerging managers and also to the diversity of LP portfolios.

However, that may not be the whole story. Newer funds are building trust with investors by getting them involved in co-investments and an increasing number of LPs are now understood to be considering rewriting protocols that prevent them from committing capital to managers they have not met in person. Read more about it here.

Deals on the rebound. Investment bank GCA Altium recorded a recovery in European unitranche deals in the third quarter of 2020 after a difficult second quarter amid tight restrictions to curb coronavirus. Deal numbers dropped by almost a third from 61 in Q1 to just 43 in Q2 but saw a partial recovery to 53 in the three months to the end of September.

In addition, New York-based DFG is expanding its leadership team with the promotions of Kashyap Arora to co-chief investment officer, Selma Cilka to co-chief risk officer and Alex Nerguizian to co-head of business development. The three have been with the business for more than a decade.

CLO issuance from Audax
Audax Private Debt has priced its fourth collateralised loan obligation at $338.7 million, with Bank of America having acted as arranger and sole bookrunner. Formed in 2007, Audax has invested $21 billion in sponsored, mid-market deals. Audax Private Debt is the private debt arm of Audax Group, which also invests in private equity.

In the newly created role, Vuong will develop and lead debt research across real estate markets and support the portfolio, asset management, acquisitions and marketing efforts of the regional businesses.

Houston Firefighters’ Relief and Retirement Fund has confirmed a $25 million commitment to Torchlight Debt Opportunity Fund VII, according to the pension’s October 2020 board investment meeting.

The pension allocates 27 percent of its full investment portfolio to alternative assets. Its recent private debt commitments have been primarily to North American vehicles focused on the real estate and corporate sector.