From an article, ‘Global Repercussions of the Strong Dollar’, by Econofact 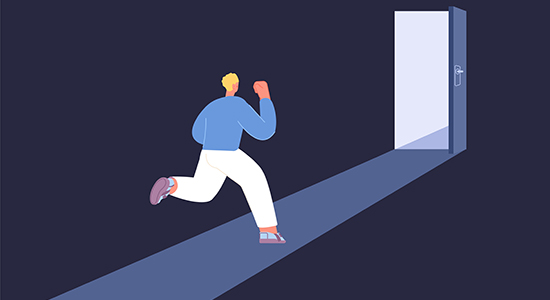 Funds to the fore as banks retreat
Following our Europe Summit and subsequent conversations with market sources, here are some of the issues getting a frequent airing:

By standard definition, capital value is the value that would have to be paid for a given asset or bundle of assets if it were to be purchased at the time of evaluation.

The RCA National AllProperty CPPI was up a modest 11.1 percent year-on-year and rose less than 0.05 percent month-on-month.

That monthly rate annualises to growth of 0.6 percent, which is well below the rate of inflation in the US economy. That suggests that owners of commercial real estate are losing capital value in real terms. A year ago, the same index showed an annualised growth rate above 25 percent.

Geographically, MSCI RCA CPPI tracks the “six major metros” separately from other markets. The major metros are Boston, Chicago, Los Angeles, New York, San Francisco and Washington DC. Price change in major metros was negative from August to September, and since September 2021 the price index is in the black, but only 3.7 percent.

Considered by sector, there has been a slowdown in price growth across the board of commercial property sales. Industrial properties’ prices grew 18.1 percent year over year. This is the first time that number has been below 20 percent since August 2021.  The corresponding number for office prices is 6.8 percent.

This dramatic easing of price growth results from a slowdown in deal activity on the one hand and rising financing costs on the other, according to the report.

KKR backs trade financier
Flexport Capital, the trade financing arm of freight forwarding business Flexport, has secured a credit facility of up to $200 million from insurance accounts managed by KKR. The credit facility will allow Flexport Capital to continue building a financing product within its platform, while investing in client growth and geographic expansion.

Flexport Capital provides companies with flexible working capital for inventory and logistics expenses. Global trade has been tumultuous in recent years, leaving many businesses overstocked and struggling to pay vendors due to rising supply chain costs. As a result, demand for accessible and flexible financing solutions is high.

Flexport Capital says businesses can access flexible terms on shipments processed by its platform. The firm uses logistics data to gain deep visibility into a customer’s overall supply chain health and understand their working capital needs. It then evaluates purchase order data and inventory-in-transit to provide liquidity to businesses across a broad range of industries, such as retail, industrial manufacturing and electronics.

BGREEN III, managed by Blackstone, will invest in subordinated/mezzanine debt across North America.

NYSCRF’s recent fund commitments have predominantly targeted North American vehicles focused on a variety of sectors. In 2022, NYSCRF has committed around $1 billion to debt.