“As economies and businesses adapt to the considerable changes of a post-Brexit world, investors must expect disruption and uncertainty that will create volatility in the markets”

Nigel Green, chief executive of deVere Group, an independent financial advisory and fintech organisation, in a note warning investors to expect plenty more turbulence despite the trade deal struck by the UK and EU 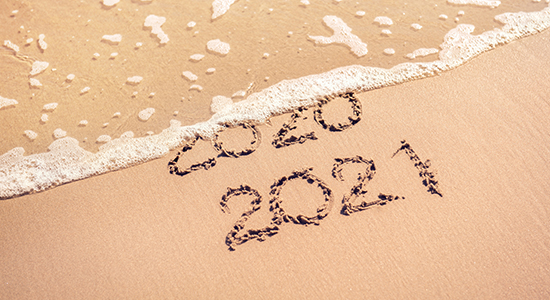 Here’s to a happier new year
First of all, a very happy new year to our readers! It may have been a strange and subdued holiday period, but we hope you all had an enjoyable and relaxing time nonetheless. This year will clearly still bring its challenges, at least in the early months, but we wish you all a healthy and prosperous 2021.

Churchill and Tikehau join forces
One of the major talking points in private debt has been whether – and how – US fund managers might seek to exploit opportunities in Europe, and vice versa. Although it’s tempting to expand the franchise on a geographic basis, lack of familiarity and relationships in a new region make such plans difficult to execute.

Just before we broke up for Christmas came news that New York-based Churchill Asset Management and Paris-headquartered Tikehau Capital were trying to solve the puzzle by forming a strategic relationship – see the announcement here. The tie-up will aim to grow both firms’ direct lending footprints – Churchill into Europe and Tikehau into the US.

The announcement said the partnership would involve “mutual investments” and “closer cooperation on private credit investment opportunities in each manager’s respective market”. We’ll bring you more on this as soon as we have it.

Loan performance gives cause for hope
US mid-market loan values dropped 4.85 percent in the first quarter of 2020 but came back strongly in the second and third quarters to post a positive 1.72 percent return for the first nine months of the year, according to the Cliffwater Direct Lending Index, an index of mid-market lending covering 7,000 loans and dating back to 2004.

“The modest early drawdown and subsequent rebound has mostly quieted skeptics who thought the middle market was ripe for a severe downturn due to surging assets and entrants in recent years,” said Stephen Nesbitt, Cliffwater chief investment officer.

“Still, we are in the early innings of recovery and returns have a way to go to catch up to the Index’s 6.88 percent nine-month yield (9.28 percent, annualised). Unfortunately, some of that ground won’t be made up. Realised losses from loan impairments, mostly energy related, total 2.39 percent through September.”

However, Nesbitt is expecting that the remaining 2.77 percent in unrealised losses will be mostly reversed over the next few quarters and is forecasting a CDLI return of nearly 5 percent for the 2020 calendar year. See full report here.

RIP Paul Heffner
Extremely sad news from Hong Kong, where Paul Heffner – founder, chief executive and managing partner of fund manager Adamas Asset Management – was found dead inside a car on 1 January. Heffner, who was 55 years old, was reported to have had financial problems (see a report here). Our deepest sympathies go to Heffner’s family and colleagues.

Bain picks up NPE portfolio
National Bank of Greece has entered an agreement with Bain Capital Credit for the disposal of a Romanian-risk corporate non-performing exposures portfolio (Project Danube) with a total gross book value of approximately €174 million (including €102 million of allocated collateral value). The transaction is the result of the bank’s NPE deleveraging strategy and is in accordance with operational targets submitted to the Single Supervisory Mechanism, a system of banking supervision in the EU. See press release here.

New Beijing MD for US asset-based financier
Equities First Holdings, an Indianapolis, US-based asset-backed financing firm, has appointed Didier Zheng as managing director of its Beijing office. The firm cites its long-term commitment to the fast-growing Asia region, with the China market one of its key priorities.

Zheng will be a part of the team driving origination strategies and exploring business opportunities for Equities First in Greater China. He will be based in Beijing, joining the Asia leadership team and reporting to Gordon Crosbie-Walsh, chief executive for Asia.

The fund focuses on senior direct lending in the mid- and lower mid-markets in the US. According to retirement board documents, it is expected to hold its final close in the first quarter of 2021.