“A clear indication of increasing investor confidence in the region’s private credit sector and its enormous potential for growth.” 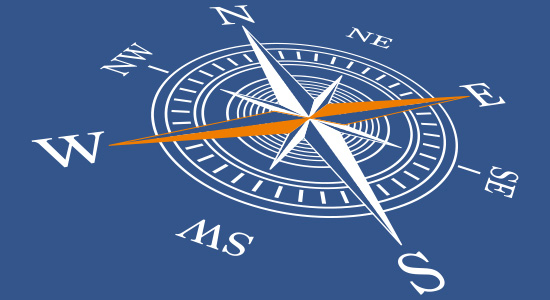 Eastern and Western cultures, and the differences between them, have been the subject of much focus and debate throughout history. It’s fair to assume that private debt deal documentation has never been one of the major talking points. However, in researching a cover story for our April issue we are noting some interesting and stark differences between East and West.

“It’s quite amazing, how different the documentation in Asia is compared to what you see in Europe and North America,” Nitish Agarwal, chief investment officer at Orion Capital Asia, a mid-market direct lender, in Singapore, told us. “We still get away with very tight covenants. We still have very strong cashflow ringfencing in our structures.”

In the areas in which Orion operates – every Asia-Pacific market aside from onshore China – he says that every deal done by the firm has a debt to EBITDA maintenance covenant. There is also an interest coverage (EBITDA over interest expenses) covenant for 90 to 95 percent of deals, and a debt service coverage ratio (EBITDA over interest expenses plus principal payments) for about half.

In Australia, the picture is similar – in launching its debut vehicle, fund manager Epsilon Direct Lending told us three covenants are typical in Australian deals.

In Europe and North America – without giving too much away ahead of the article’s publication – you might be forgiven for thinking nothing much has changed in the wake of the pandemic, with the balance of power in some respects moving even more decisively in favour of borrowers and against lenders.

“What do you do with the money? A lot of the dislocation is already behind us.” That’s how one market source responded to news that Apollo Global Management had wrapped up a dislocation fund on $2.3 billion last week.

It is true that the strategy does seem a little ‘last year’. However, other sources were more generous in their appraisal of the fund’s prospects, pointing out that there are still bouts of volatility and opportunities within unpopular sectors (such as retail) for those with well-honed stockpicking instincts.

Apollo’s John Zito claimed the fund would be “well-positioned to capitalise on… significantly mispriced risk from forced sellers and other market participants”.

Playing catch-up on ESG. Private debt is lagging behind other major alternative asset classes in terms of ESG integration, according to research by consultancy bfinance. A survey of LPs found that a third believe ESG integration is low or non-existent for private debt assets in their portfolio, compared to 25 percent in private equity and just 19 percent in infrastructure.

Gulf Capital, the Dubai-based fund manager, has become the first signatory of HRH The Prince of Wales’ Terra Carta Sustainability Initiative in the Middle East and North Africa region. The firm, which invests in private debt as well as private equity and real estate, is thereby committing to move towards a sustainable future by 2030, focusing on areas such as ESG and diversity, corporate governance and stakeholder engagement. You can read the announcement in full here.

Kashf Foundation, one of Pakistan’s leading microfinance institutions, has received a $25 million senior unsecured loan facility from impact investors CDC Group of the UK ($15 million) and Finland’s Finnfund ($10 million). Kashf focuses on the promotion of female entrepreneurship and says it has enabled more than a million low-income families to improve their standard of living.

European credit manager AlbaCore Capital Group has been busy on the hiring front. The most recent addition to the team is Jaime Echevarria from Marathon Asset Management. Echevarria joins as director on the investment team and is a specialist in European corporate credit with over eight years’ experience in the space. Alex Walkey also recently joined the investment team as vice-president from Canyon Capital Advisors along with associates Anastasia Ashcheulova from The Carlyle Group and Erwan Pincet from EQT Partners. AlbaCore has made 16 new appointments since the start of 2020.

Teachers’ Retirement System of Louisiana approved a $75 million commitment to Carlyle Credit Opportunities Fund II at its February 2021 board meeting, a contact at the pension informed Private Debt Investor.

Carlyle’s second credit opportunities fund is in market targeting $3.5 billion in capital commitments. The debut fund in the series held a final close on $2.4 billion in July 2019.

TRSL has an 8 percent target allocation to private debt that stood at 6 percent as of 31 December 2020, the most recently available allocation data for the pension.