“Värde are also starting to see more pronounced signs of weakness in credits in several industries, especially those in retail-centred sectors, as a result of workforce disruption and rising input costs.” 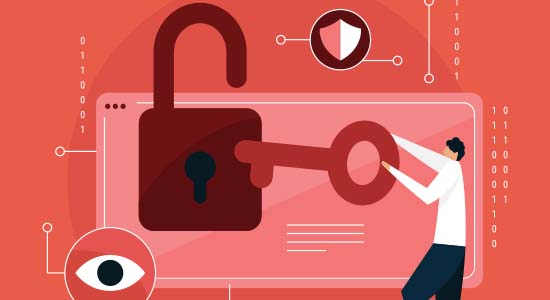 The default calm before the storm?
Private credit default rates have continued to tumble from the peak seen during the initial outbreak of covid, with the latest figures from law firm Proskauer showing the overall rate at just 1.04 percent in the fourth quarter of last year.

This is around half the long-term average and compares with rates of 1.5 percent in Q3 2021, 1.3 percent in Q2 2021 and 2.4 percent in Q1 2021, according to the firm’s Private Credit Default Index, which tracks the default rates of senior secured and unitranche loans.

So are rates set to plateau for a while at this extremely low level? Proskauer appears to cast some doubt on the likelihood of this. “While defaults are at historic lows, we believe we are entering into a period of increased turbulence in the market, given inflationary pressures, supply-chain issues, labour shortages and projected interest rate increases,” said Stephen Boyko, co-chair of Proskauer’s Private Credit Group.

“Todd’s extensive knowledge of KKR’s investment strategies and embodiment of our culture make him the ideal partner to lead our global private wealth effort, ensuring that all of our investors continue to receive the best of what KKR has to offer,” said Eric Mogelof, global head of KKR’s client & partner group, which contains its private wealth group.

Builione, who joined KKR in 2013, is a partner who recently served as president of the firm’s credit and markets division, where he led development of its credit business and capital markets franchise. In addition, he serves on the firm’s distribution heads committee, risk & operations committee and inclusion & diversity council.

KKR manages $50 billion in private wealth assets from relationships with distribution partners as well as a network of financial advisors and registered investment advisers. Recently, between 10 and 20 percent of new capital raised each year by the firm has come from private wealth and that percentage is expected to grow.

First US CLO for Capital Four
Capital Four US, the New York-based arm of Copenhagen-headquartered fund manager Capital Four, has completed its debut US collateralised loan obligation with arranger JPMorgan.

Capital Four US CLO I Ltd, a $400 million structure, will primarily invest in a diversified portfolio of US senior-secured loans. The CLO has a five-year reinvestment period and a two-year non-call period. It also integrates ESG into its investment process, with bottom-up fundamental analysis of material ESG factors for each deal.

Chowrimootoo joins from Goldman Sachs, where he was a managing director in the European leveraged finance team based in Paris, leading its credit finance expansion in Europe. He previously worked in similar roles for Barclays, Bank of America Merrill Lynch and Deutsche Bank and began his career as a banking and capital markets lawyer with White & Case.

The partnership has already completed its first two loans, with a cumulative value of over £330 million ($442 million; €396 million). Most recently, Précis and Carlyle partnered with funds managed by Apollo, to provide a £251 million, five-year whole-loan facility to Moda Living. The facility will be used to finance the development of a 467-home build-to-rent scheme in London’s Vauxhall Nine Elms Battersea neighbourhood.

The public pension has made commitments of $20 million each to Brightwood Fund V and Lynstone Special Situations Fund II. As has been commonplace for any CPABF investment, these funds were chosen from a four-fund shortlist that derived from an earlier RFP issued by the pension.