“Carrying low valuation parameters is far from synonymous with ‘underpriced’”

Howard Marks, co-founder and co-chairman of Oaktree Capital, in the latest of his memos, entitled “Something of Value” 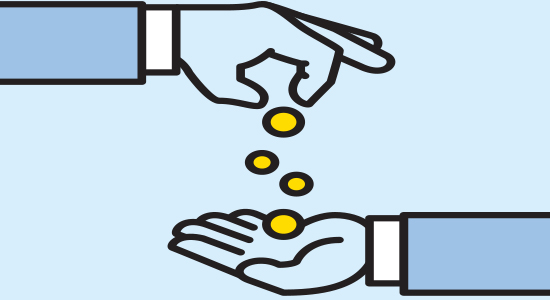 The year the fundraising brakes were applied
The numbers are in, and it turns out that continuing investor appetite for private debt – including from family offices – was not enough to see off that most ruthless of enemies, covid-19.

Our global fundraising report for 2020 – see John Bakie’s summary here – reveals the lowest total for many years, despite the presence of two megafunds from HPS Investment Partners and Blackstone that totalled $17 billion between them. The pandemic forced LPs to focus on current exposures rather than prioritising new ones, and remote due diligence put the brakes on fundraising processes.

It was a productive year for one strategy, though. Not, as you might have expected, distressed debt. Many of these funds were raised in 2017 and 2019, and last year was a relatively quiet one for the strategy. Instead, it was senior debt leading the way – accounting for 40 percent of all funds raised, up from 31 percent in the prior year. Evidence, amid such extreme volatility, of investors opting to play it as safe as possible.

Strong end to year for US mid-market
Data gathered by Golub Capital’s Altman Index hints at improving performance among US mid-market companies as last year drew to a close – see press release here.

In the first two months of the fourth quarter, year-on-year earnings growth was flat compared with the third quarter at 14.9 percent, but revenue growth climbed from 1.1 percent to 2.9 percent.

Golub chief executive Lawrence Golub hailed earnings growth in the third and fourth quarters as the fastest in the history of the index. “These strong results suggest that forward-thinking companies used the covid disruption strategically; they adapted to changes in customer behaviour, rationalised underperforming business lines and locations, and refocused on higher-margin activities,” he said.

The alternative assets giant has invested in Tedder’s catalogue of hits through its Dislocation Opportunities Fund and other private credit vehicles. See more on the deal here.

So what’s the attraction of music catalogues? Remind yourself by browsing this feature written for us last year by David Conrod of FocusPoint.

India embraces venture debt. The flourishing of venture capital in India appears to be going hand in hand with a strong surge in the use of venture debt. As can be seen from the chart below, venture debt funding volume and total transactions both reached record levels last year.

New managing director for ICG
Intermediate Capital Group has hired Philippe Arbour as managing director, Senior Debt Partners, one of ICG’s flagship strategies and one of the largest players in European senior direct lending. Arbour has 15 years of investment experience in leveraged finance and private equity. He joins ICG from private equity firm Palamon Capital Partners where he was a partner since 2019, having joined as managing director of Structured Finance in 2013 from Lloyds Banking Group.

The Hong Kong-based subsidiary of the Taiwanese insurer’s recent commitments are to vehicles focused on subordinated/mezzanine debt (acquisition) and senior debt (origination) strategies in the North America and Europe regions.

The City of Springfield Police and Fire Pension Fund has confirmed a $20 million commitment to Marathon Distressed Credit Fund, according to minutes from the pension’s October retirement board meeting.

Marathon Asset Management‘s North America-focused distressed vehicle has been in market since December 2019 and has since raised more than $450 million in equity capital.

The commitment marks the pension’s debut commitment to a private debt vehicle. It has a 5 percent target allocation to private debt that currently stands at 1.7 percent.