“The distress or stress is sector-wide and impacting all forms of businesses – large and small, across sectors and across regions, and it’s far more challenging to pinpoint where the right opportunity is.”

Tavneet Bakshi, a partner at advisory firm FirstAvenue in London, talking about the difficulties for investors in trying to assess whether they should support dislocation funds during PDI’s latest Spotlight podcast here

Lenders’ market? Don’t bet on it 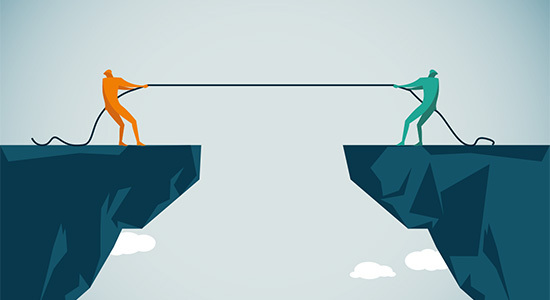 Covenants must be all the rage now, with lenders demanding much greater security in these volatile times – right? Not necessarily. PDI tuned into an S&P Global Ratings seminar on the European leveraged finance market and heard that few are predicting a return to the era of maintenance covenants – and certainly not for the better credit stories with strong sponsor backing. For tougher credits and smaller deals, it’s a maybe.

The covid-19 outbreak has made issuers even more nervous about allowing covenants than before the crisis, and the view appears to be that investors are not in a mood to demand them. The caveat is that this is the larger, leveraged loan end of the market; in the mainstream private debt market, covenants have been less willingly relinquished.

Dislocation is ‘where all the action is’

Pandemic induced credit-market disturbances are fuelling a rash of dislocation funds, with heavy hitters KKR and Apollo Global Management recently closing on funds totalling $4 billion and $1.75 billion, respectively, for such opportunities. “All the major credit firms are doing one,” one industry player says of the surge in dislocation funds, with bank platforms that can raise hundreds of millions of dollars from private clients increasingly a big part of the marketplace. “There’s no magic to it,” he says of the lightning speed with which the credit funds have been raising and deploying capital. In alternatives generally, “the investor base is very diverse and interested,” with many new to the strategy rushing to take part. “This is the place where all the action is right now.”

The government lifeline that’s out of reach

Only about half of smaller businesses which have applied for emergency finance from the UK government have received funding so far, according to statistics published by the British Business Bank last week.

The Coronavirus Business Interruption Loans Scheme (CBILS), aimed at businesses with a turnover of less than £45 million, has received 84,607 applications but only 43,045 (or 50.8 percent), worth around £8.15 billion, have so far been approved.

The emergency facility offers loans of up £5 million, but the current average loan size is just £189,337. However, some of the loans yet to be approved may still be processing and may be approved later.

The lack of government-backed finance to support businesses during the coronavirus pandemic could provide opportunities for alternative lenders to assist firms with liquidity issues. The UK government’s scheme for SMEs and micro businesses has approved a higher portion of loans, 608,069 worth £18.49 billion.

Debt levels remain lofty. Leverage on buyout deals has reached high levels, and participants in an S&P seminar earlier this week don’t see it coming down any time soon. The chart below shows the first lien debt to EBITDA ratio standing at 5.4x year to date. Though there have been few deals so far this year, pent-up demand remains strong.

A buffeting for BDCs

US business development companies have been hit hard by the pandemic, but the Q1 figures didn’t tell us how hard – Q2 may tell the story in blunter terms. See here for Robin Blumenthal’s June cover story.

Last year, we ran our inaugural list of private debt’s top 30 professionals under 40 years of age. Rising Stars is back and seeking nominations. See here for further details.

However, the US public pension has a favourable outlook on the private debt market, and says it will therefore aim to further diversify its private debt portfolio as its capacity grows.

Find information on more than 4,000 institutions in PDI‘s database.

Subscribe now and get Loan Note delivered to your inbox each day
To find out how, email our team: subscriptions@peimedia.com