“Positive vaccine news from Pfizer takes us one step closer to FDA approval, which will allow for markets to become more comfortable with the growth recovery story. Any near-term blips will now be seen as temporary in nature.” 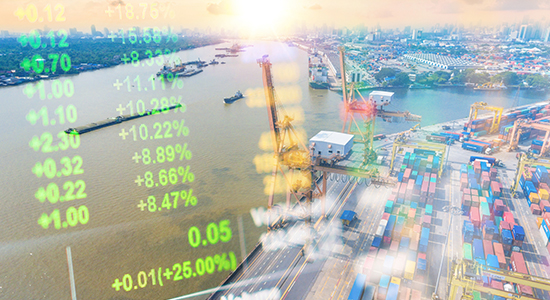 Investors want niche strategies
Some of the highlights from the latest Manager Intelligence and Market Trends survey from consultants Bfinance:

Varde doubles up for dislocation
The dislocation investing trend, which we dived into in a cover story earlier in the year, continues apace. Minneapolis-headquartered Varde Partners, which had already closed a $1 billion dislocation vehicle through a private banking platform, has now wrapped up its Varde Dislocation Fund on more than $1.6 billion.

In keeping with the times, the latest fund was raised with no in-person meetings. All the more impressive, then, that no fewer than 55 percent of the capital was accounted for by new investors. It was also pretty fast, taking just five months from start to finish.

And then there were none
Following our story last week that Bennett Goodman was part of a new founding team at GP stakes business Hunter Point Capital, Blackstone has decided to rebrand GSO Capital Partners as Blackstone Credit (see here).

It can hardly be argued that this doesn’t make sense, as all three co-founders (“G” for Goodman, “S” for Tripp Smith and “O” for Doug Ostrover) have now left the business.

LPs have broad horizons. Our latest fundraising report shows multi-regional funds in favour with investors, accounting for almost 40 percent of all private debt capital raised in the first three quarters of this year. Having fallen behind European funds earlier in the year, North American funds have resumed their traditional dominance.

Awards deadline looms
A reminder that the deadline for submitting highlights for our 2020 awards is close of business tomorrow. Be sure not to miss out on your chance to win in any one or more of 48 categories. See here for details.

New president for Apollo aviation unit
PK AirFinance, the aviation lending business managed by affiliates of Apollo Global Management, has named Eelco van de Stadt as its president, effective January 2021. The appointment follows former president Per Waldelof’s decision to retire at the end of the year.

The pension fund’s recent commitments are to vehicles focused on the corporate and real estate sectors within the North America region.

Teachers’ Retirement System of the State of Illinois has committed to a fund from Oaktree Capital Management, according to information on its website.

The pension has pledged up to $100 million to Oaktree Real Estate Debt Fund III, which focuses on real estate in North America.

Illinois TRS primarily invests in funds that focus on distressed, senior and subordinated debt in Europe and North America.