“[It] might wind up being genius, paying a low multiple for an interest rate-sensitive business at the bottom of the interest rate cycle.”

Glenn Schorr, a financial analyst at Evercore ISI, on the Apollo/Athene merger. Read our take on the deal here. 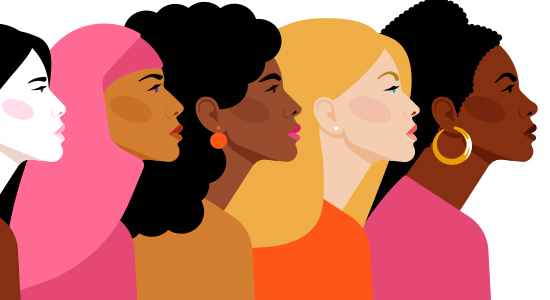 Women of influence: a call for nominations
So, who are the most pioneering women in private markets? We’d be disappointed not to receive a great many responses to that question as we invite nominations for our inaugural Women of Influence in Private Markets list. The list will be published in a number of our titles, including Private Debt Investor, in July.

The list will feature individuals across private debt, private equity, infrastructure, real estate and venture capital. Let’s make sure private debt is well represented by getting submissions in by the deadline of Tuesday 6 April. Many thanks.

Deal market ‘snaps back’
“It’s amazing how quickly the snap-back has happened,” reflects Richard Olson, a London-based managing director at investment bank Lincoln International, reflecting on how private debt deal terms have quickly reverted to the market standard that was seen prior to the global health crisis.

PDI caught up with Olson following the publication by Lincoln’s portfolio valuations and opinions practice of its Q4 2020 valuations data focused on more than 260 private companies in the EU and the UK. The report finds mid-market arrangement fees and equity cushions were back to pre-covid levels last month, while leverage was slightly reduced and margins increased.

“LPs are increasingly comfortable with the impact of covid,” Olson reflects. “Partly this is down to QE, with the buying of credits having supported the market. In addition, we have vaccination programmes being rolled out and infections easing, along with greater clarity on which sectors to avoid.”

Olson says there is a “risk on” approach, particularly in relation to add-on acquisitions but – while incremental leverage is being made available for these opportunities – managers are “not exceeding the level of risk in the original underwriting”.

ESG loans on the up
In its European ESG Finance quarterly data report, the Association for Financial Markets in Europe found European ESG bond and loan issuance increased 58.8 percent last year to €389 billion from €245 billion in 2019. This gives increased momentum to an upward trend that has been underway since 2015.

Golding goes large
It may have been a relatively tough fundraising year in 2020 but Munich-based funds of funds manager Golding Capital Partners raised the most it had ever done in a single year at €1.5 billion. The firm also said it had reached €10 billion in assets under management for the first time in its 20-year history. Golding invested €1.4 billion during the year, an increase of 20 percent in 2019.

Comvest’s fifth direct lending vehicle is in market seeking $1.25 billion in capital commitments. As of September 2020, the fund had raised $658 million in LP capital, according to a US Securities and Exchange Commission filing. The fund series focuses on providing secured and unsecured debt to both public and private companies operating in the lower mid-market.

TCDRS has a private debt target allocation of 27 percent which currently stands at 24.2 percent.