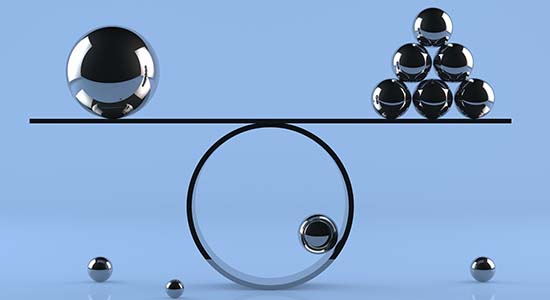 In the opportunities column is non-sponsored deals, as it avoids the more crowded sponsor-backed market. However, the firm acknowledges that it requires specialisation, a large network and robust sourcing.

A second opportunity is the pressure banks are coming under due to rising interest rates and slowing economic growth. As bank lending declines, European borrowers are expected to turn increasingly to direct lenders.

The third opportunity is to back fast-growing life sciences and software companies which have seen public market valuations plummet and which may therefore seek non-dilutive private market financing instead. Oaktree expects “significant lending opportunities” in this space.

In the column marked “risk”, Oaktree highlights the decline of business fundamentals as shortages of labour and raw materials weigh on earnings, especially where costs can’t be passed on to customers.

A second negative factor is increasing recession risk and the prospect that, if the economy is contracting, private equity sponsors may be less inclined to support struggling companies in the way they did during the covid pandemic.

Finally, Oaktree highlights the effect of interest rate hikes and the possibility that they discourage new borrowing and make it harder for current borrowers to roll over their debt. In this environment, defaults could become more likely.

Varde flags onset of a tough cycle
In its prior Varde Views update in April, fund manager Varde Partners highlighted the increasing risk of a turn in the credit cycle as the market digested the after-effects of the aggressive policy response to covid and its impact on inflation and other areas of the economy.

In its latest update, titled The Echo is Getting Louder, Varde says “it is very clear now that we are at the beginning of a material turn in the global credit cycle. The question… has shifted from whether there will be one, to how bad the cycle will be”.

Varde thinks the cycle could be “extended and more difficult” compared with that experienced during covid given the constraints on monetary and fiscal policy and that the measures taken to help firms through covid had ended up creating a bigger problem.

For investors such as Varde, however, there is a silver lining in the form of a big downward move in credit pricing, making parts of the market cheap and “creating what we believe will be a huge opportunity set even against this difficult outlook”.

Nicholas Bloy, managing partner at Navis, said the Navis Asia Credit platform would leverage the private equity platform for dealflow and would focus on secured credit investments, partnering with businesses that resist equity dilution when looking for expansion capital for M&A, organic expansion or ownership transition.

Founded in 1988, Navis manages around $5 billion in private equity capital and is mainly focused on investments in Southeast Asia.

Arrow Global, the pan-European credit and real estate fund manager, has opened a new office in Luxembourg. Arrow said that, given Luxembourg’s position as a global investment fund hub, the new office would ensure it has the best infrastructure in place to support its fund investment strategies. The firm’s ACO 1 Fund is already located within Luxembourg.

The new office will initially be made up of a fund treasury team with Arrow keen to build a multi-disciplinary team over the next 24 months. As it continues to deploy ACO 1 across European credit and real estate opportunities, the firm said the opening of the new office would help it to future-proof investment strategies via scalable and efficient fund administration operations.

Rosenberg was previously a director at Japanese bank MUFG where he led financing efforts for the bank’s mid-market media and entertainment portfolio, including the industry’s leading film and television studios, production companies, music publishing and rights owners, and talent agencies.

Teachers’ Retirement System of the State of Illinois has confirmed $1.5 billion of private debt commitments across 10 funds, according to its June board meeting.

Within the $16.3 billion Global Income Portfolio, new relationships were established for TRS Illinois. A total of $100 million was committed to BioPharma Credit Investments V and $25 million to L2 Point Opportunities I. This is a new investment relationship for TRS with Pharmakon Advisors and L2 Point Capital.

The $62.3 billion public pension’s previous fund commitments have been focused on North America and Asia-Pacific around subordinated/mezzanine debt.