“KLP is pleased to see that Brunswick’s third senior debt fund will have increased attention to environmental aspects of buildings through its green framework. We particularly welcome the focus on providing incentives that may increase the environmental performance of existing buildings.” 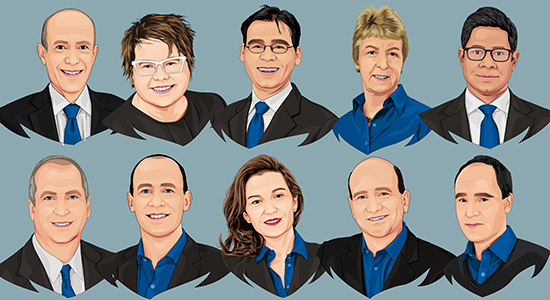 Download our September issue for views on a crisis

There can be little doubt what the main talking point has been in 2020. But how has the covid-19 pandemic affected private debt? In the September issue of Private Debt Investor, which can be downloaded here, we sought to find out by getting the thoughts of 10 asset class professionals.

The articles are all fascinating views of how private debt has been shaped by the crisis so far, and what it might mean in the months and years ahead. Just a few examples: Abhik Das of Golding Capital Partners sees private debt firms providing meaningful competition to the leveraged loan market; Bev Durston of Edgehaven believes central bank intervention has distorted the traditional distressed cycle; while Dan Zwirn of Arena Investors speculates (with some scepticism) on the future of sponsor/lender relationships. One thing is for sure: things will never be quite the same again.

The issue also includes our usual wide range of features and analysis, through which we reveal the current most popular sectors, why things are looking up for venture debt, and what is attracting LPs to private debt.

A smaller universe for CLOs

With the loan universe becoming a smaller subset since the viral outbreak, the report finds that the average overlap of loans in European CLOs since mid-March stands at almost 38 percent, which is nearly 3 percent higher than the average for all European CLOs rated by S&P Global Ratings, including those issued before the outbreak.

Direct lending index bounces
The first quarter may have been something of a bust, but the Cliffwater Direct Lending Index recovered some ground in the second quarter, to post a total return of 3.25 percent. Nevertheless, as of 30 June, the CDLI had about 8 percent of unrealised losses that will either be reversed in future quarters or transformed into realised losses.

As expected, senior-only loans, as measured by CDLI-Senior, outperformed the total index during the market turbulence, rising 4.73 percent for the second quarter and 4.09 percent for the trailing four quarters.

Asian SMEs consider alternatives. Small and mid-sized companies in Asia Pacific obtain their funding from a range of sources, according to a data point from EY. Although bank finance is the most popular option, it accounts for less than a third of the total. Alternative assets firms account for almost a quarter.

PAG, the Asia-focused alternative investment firm, has added $1.5 billion to its pool of investible capital for private debt this year.

O’Sullivan says his team is looking to enter new markets such as India and China. However, he is showing some caution as it’s not simple to understand how these economies will perform and recover from the pandemic-led disruptions.

The pension fund’s recent commitments are to vehicles focused on the real estate, corporate and infrastructure sectors within the Asia-Pacific, North America and Europe regions.