“We expect the return generation that attracts investors to private markets will persist, albeit increasingly driven by areas of private markets which are harder to access and demand in-depth expertise” 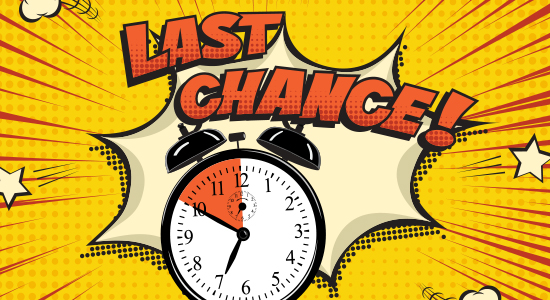 Dislocation: blink and you’ll miss it
The global financial crisis was the crisis that kept on giving as far as distressed investors were concerned. In an article here for Private Debt Investor, AlbaCore Capital Group’s David Allen notes that opportunities were still available years after the initial shockwaves had passed – and some positions taken then have still not been exited today.

However, in the past 10 years, says Allen, “the length and severity of credit market dislocations continues to compress”. The covid-related dislocation, he adds, “was over almost before it had begun” with the richest rewards of 50 percent-plus internal rates of return available only in March and early April of last year. In recent months, suggests Allen, dislocation opportunities have been delivering more in the region of 10-15 percent. Still a very decent return for the low interest rate era, but quite a comedown from the initial euphoria.

No wonder, in those early months of 2020, that firms such as AlbaCore and KKR were racing to get dislocation capital raised. KKR famously rounded up the money for its Dislocation Opportunities Fund in just eight weeks.

M&A peers out of its cave
“As the world went into hibernation in the ‘covid cave’, M&A followed. But as the year progressed, parts of the M&A market woke energetically.”

So says DC Advisory in its latest global M&A outlook,The covid cave, hibernation & 2021. As the title would imply, the firm found that the M&A market initially went into a pandemic-related hibernation in 2020, but then began to revive.

Asia-Pac syndicated loans hit eight-year low
The pandemic and the ongoing US/China trade war have had a dampening effect on syndicated loan activity in Asia-Pacific, according to the latest figures from Refinitiv.

M&A activity, however, held up well with a 24 percent year-on-year increase to $52.8 billion. Acquisition financings in South Asia, South-East Asia and China were the main drivers of the upward trend.

Daly leads Onex’s Europe CLO push
Toronto-based Onex Credit has hired Conor Daly to lead its European collateralised loan obligation platform from April. The firm is building its European CLO franchise as a complement to its growing CLO and other credit platforms in the US. Daly joins from BlackRock, where he was a portfolio manager in the European Fundamental Credit team and was a member of the team that established the firm’s European CLO and leveraged loan business.

State of Wisconsin Investment Board has agreed to commit $100 million to TSSP Adjacent Opportunities Partners (open-ended) and $50 million to Harvest Partners Structure Capital Fund III, according to the pension’s Q3 2020 report.

The $132.06 billion US public pension has a 10.0 percent allocation to private debt and equity, which are grouped together as a single asset class within the pension’s portfolio.

The pension’s recent commitments have been to funds focused on the corporate sectors in Asia-Pacific, Europe, the Middle East and Africa, and North America.

Indiana Public Retirement System confirmed a $100 million follow-up commitment to a separate account managed by HPS Investment Partners at its December 2020 board meeting, a contact at the pension informed Private Debt Investor.

The separate account – known as the Brickyard Direct Lending Fund – is structured with INPRS as the sole investor. The account invests its capital equally alongside HPS’s speciality loan and core senior lending fund series.

INPRS initially committed $100 million to the vehicle in June 2018.

This new $100 million commitment to the separate account will provide capital that will be invested alongside HPS’s Specialty Loan Fund V and Core Senior Lending II vehicles.

INPRS has a 2.0 percent target allocation to private debt which currently stands at 1.9 percent.