“A trend of ‘smart money’ pouring into Asia is emerging – in both Japan and China, we are seeing increasing numbers of opportunities for sponsor-backed corporates looking for high-quality bolt-on opportunities.”

From the Asia Access Quarterly report for Q3 2020 published by DC Advisory, the international investment bank. 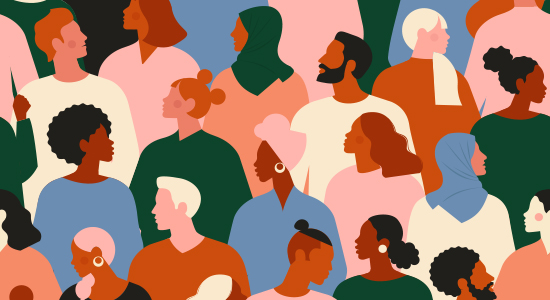 With the issue of diversity (hopefully) now front of mind for all organisations, a useful contribution to the ongoing consideration of the issue came from the European Leveraged Finance Association. ELFA hosted what it described as a “frank discussion” about race in the financial services industry with four senior professionals from BAME backgrounds.

What is clear is that although “inclusivity has improved”, there is still a long way to go. The situation was described thus: “The problem is not lack of talent but rather a lack of intentionality from firms/recruiters. Lack of role models is an underestimated issue. Still not seeing that many CVs from Black candidates. Putting KPIs around this would help quantify and act upon this issue.”

More conclusions from the discussion can be found here.

Fund manager Alcentra, in a bid to expand its US investor base, has named Chris Mulshine as head of US distribution – a new post – and as a member of the executive management committee. Mulshine, who previously served as global head of private credit at Lazard Private Capital Advisory, will be responsible for defining Alcentra’s long-term sales and marketing strategies in North America, and for leading institutional business activities across all client segments in the US, Alcentra said in a statement.

The move comes little more than a month after Alcentra, a European and US private debt management subsidiary of BNY Mellon Investment Management with $42 billion under management, named Jonathan DeSimone to succeed co-founder David Forbes-Nixon as chief executive, pending approval of the UK’s Financial Conduct Authority.

With $110 billion raised for private debt globally, the first three quarters of 2020 were neither great (this was the lowest total in the first nine months of the year since 2016) nor the total wipeout that might have been anticipated in the face of covid-related headwinds.

As always, we are delighted to bring you a full breakdown of that headline figure by sector, deal type and geography in our fully interactive presentation here.

Prepare for mass restructurings. The scale of restructuring needs could exceed the previous peak seen after the 2008 global financial crisis, according to the Restructuring opportunities report from the BlackRock Investment Institute. One big reason is the significant growth in sub-investment grade debt since the crisis, as shown in the chart below.

Invesco Real Estate, the $80 billion US-based property manager, is the latest organisation to launch a European real estate debt platform, amid what it described as “very attractive” market conditions.

The Atlanta-headquartered manager has entered Europe’s property finance market through the purchase of an existing business. It has struck a deal with Swiss asset manager GAM to buy its commercial real estate debt finance businesses.

Read more about the deal here.

The fund will invest opportunistically in a diversified, actively managed portfolio of equity tranches of CLO transactions, equity in CLO warehouses, as well as CLO mezzanine and senior debt tranches. It will target primary and secondary markets in both the US and Europe.

Virginia Retirement System has pledged to commit up to $1 billion to Carlyle Diversified Credit fund, according to October meeting notes. The fund will invest opportunistically and focus on private credit investments.