A statement from supply chain financier Greensill after Credit Suisse suspended $10bn in funds linked to the firm (see Financial Times paywalled article here). Apollo Global Management has been linked with a possible move for parts of the business. 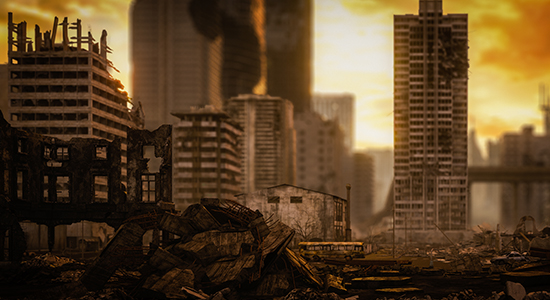 The end of the debt cycle?
We’re all familiar, of course, with talk of the ‘new normal’ in relation to the pandemic and how it has brought with it changes – some restrictive and damaging, others arguably better ways of doing things. Prior to the global financial crisis, for those whose powers of recollection go back that far, there was talk of a ‘new paradigm’ in the financial markets. I’m paraphrasing rather liberally here, but the broad idea was that the mistakes made by markets in the past had been put behind them and nothing could possibly go wrong again.

Because the new paradigm theory was ripped apart by the GFC, it takes some bravery to predict that traditional cycles of boom and bust have been broken. But in the debt markets, maybe they really have. And that’s what makes this article by Konstantin Danilov of G2 Capital Advisors a fascinating take. He cites various factors – such as massive action by the US Federal Reserve, the hunt for yield and the rise of non-bank lending – as contributing to an outcome in which the corporate debt cycle as we know it may have been broken. Agree or differ, you’ll find it an interesting read.

Sights set on trade finance
Most notably in the case of direct lending following the GFC, private debt tends to be good at moving into market gaps created by the withdrawal of others. The latest attempt to prove the veracity of Aristotle’s contention that “nature abhors a vacuum” comes from the trade finance market.

According to a new paper from consultancy bfinance, banks are exiting from trade finance, a market with estimated annual capital flows of more than $5 trillion. Alive to the possibility of fund managers closing the gap, bfinance says that last year it received more manager searches for trade finance from its clients than it had seen for the previous five years combined.

The paper describes trade finance as an “extremely attractive strategy”, offering nearly as much liquidity as bonds but with lower volatility and higher returns compared with investments of similar credit quality.

Monroe goes global with investment from Bonaccord
In a move to increase its international presence, Chicago-based fund manager Monroe Capital has sold a passive minority equity stake to Bonaccord Capital Partners, a division of Aberdeen Standard Investments. Terms were not disclosed.

“This will be a significant strategic effort for both companies,” Ted Koenig, Monroe president and chief executive officer, told Private Debt Investor. “Our business is going much more international and will continue to as time goes on.” He called ASI a “best-in-class” asset manager that is by far the largest in the UK and one of the biggest in Europe. It also has a large Asian presence.

Funds grab bigger share in France. Debt funds in France have significantly increased their mid-market share during the pandemic according to figures from GCA Altium. Although deal volume was down sharply from 143 in 2019 to just 89 in 2020, including a fall in debt fund deals from 52 to 41, fund managers now make up almost half of the market in France. This follows a major decline in bank lending activity, which had previously remained relatively high in France.

The big three in ESG
ESG is everywhere these days – “even in leveraged loans”, according to White & Case. The law firm has identified three key talking points on the topic here.

Securitised credit hire for Schroders
Schroders has grown its securitised credit team with the appointment of Alyse Kelly as a senior portfolio manager. In a newly created role, Kelly will focus on management of assets in the collateralised loan obligation market and underlying syndicated corporate loans. She was previously a director at Pretium Partners focused on leveraged loans.

Stalley was previously at BNP Paribas 3 Step IT, where he was chief executive, and has held roles at Siemens and GE Capital.

This commitment was made to one of the institution’s existing managers, Crescent Capital Group. The fund manager will target private equity-backed lower mid-market sized borrowers.

The pension’s recent commitments have been primarily to senior debt vehicles targeting the corporate sector. NHRS has a 5 percent target allocation to private debt that currently stands at 6.1 percent.