“The BDC market was exceptionally active in the second half of 2020. In particular, we saw a number of BDCs take advantage of low interest rates and robust investor demand to lock in fixed rate debt financing on attractive terms.”

Nicole Runyan, a partner in law firm Proskauer‘s corporate department and co-head of the firm’s BDC practice, which advised on BDC deals worth more than $2 billion in the second half of 2020. 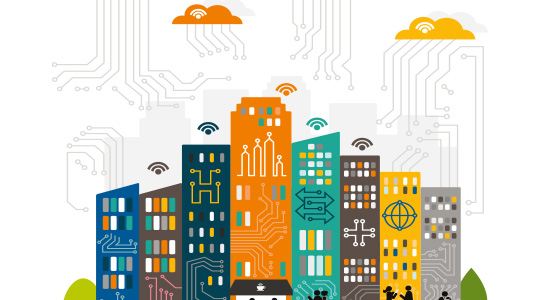 Fundraising successes provide evidence of this positive sentiment, most notably the $8 billion raised by Blackstone’s latest real estate debt fund and the $720 million raised by Harrison Real Estate Capital in just 60 days for its eighth opportunity fund. But what lies behind it?

In the cover story for our February 2021 issue (which can be viewed here), Robin Blumenthal talks to a host of leading industry sources – including from the likes of KKR, Eastdil Secured and Bank of America – about the digitalisation trend driving a new approach to real estate lending. You can read the article here.

Our February issue also includes the latest themes in fund finance, what the French market needs to get back on track and all the key fundraising data from 2020 – plus much else besides.

How they do things in Texas
“Everyone is waiting for liquidity to run out and the Fed and other central banks to be a little less accommodating. We’ll be ready to look at those as co-investments. But those that have been brought to us so far, we don’t feel like we’re getting paid for the risk.” So says Ashley Baum, director of the special opportunities programme at the Teacher Retirement System of Texas, in an interview in which she explains her team’s tactical approach to credit.

In the full interview, which can be read here, Baum also speaks of how her team’s $2 billion direct lending portfolio took a 20-30 percent hit last March. Of this development, she says: “We were quite surprised, because theoretically there’s still equity value and you can get into questions about how much impairment on the debt should be going into the valuation.”

It was vital to hold your nerve
“For many loan investors, 2020 returns were largely driven by whether they sold in the market trough, thereby locking in deep losses, or held on.” This is the conclusion reached by Partners Group’s Quarterly Loan Market Commentary.

The study finds that US investors who held onto loans through the first wave of covid-19 were rewarded by the fastest loan market recovery on record. Having delivered double-digit negative returns in the Spring, the year as a whole delivered a positive 3.12 percent. European leveraged loans had a similar experience, ending the year with a 2.74 percent return.

The long road ahead. The average time spent on the road by senior debt fundraisers grew to almost 19 months in 2020 as global travel shutdowns affected the ability to connect with investors. After shrinking to just under 15 months on average in 2018, the time fundraisers need to hit their final closes has been growing and reached a new high last year. With travel restrictions remaining in place this year, could 2021 see even longer fundraising cycles?

Kennedy Lewis described Owens in a statement as the “go-to” person for institutional investors looking to build diversified and differentiated private credit portfolios. Owens also spent 15 years at Goldman Sachs, where she focused on convertible bonds. David Chene and Darren Richman, co-founders of Kennedy Lewis, said in the statement that Owens was the best person to further the firm’s goal of “earning the trust of the most sophisticated investors in the world”.

Kennedy Lewis, an opportunistic credit manager formed in 2017, has $2.9 billion under management.

GoldenTree closes on second CLO vehicle
GoldenTree Asset Management has closed its second collateralised loan obligation strategy, GLM II, on $725 million of commitments. It raised $600 million in 2016 for its first such fund. GoldenTree said in a statement that more than 60 percent of investors in the latest fund had participated in the first.

GoldenTree said the GLM strategy aims to capture the firm’s “top-decile” track record and further enhance its returns in the programme, the net IRR of which averaged in the mid-teens as of 31 December 2020. GoldenTree said GLM has never missed a broadly syndicated loan equity distribution since inception, and that the programme has made distributions of more than 15 percent per annum.

GoldenTree, with $11 billion currently under management, has issued nearly $20 billion of CLOs since its inception in 2000.

The $28.44 billion US sovereign wealth fund has a 19.15% allocation to alternatives.

A majority of the sovereign wealth fund’s recent commitments have been to vehicles focused on senior debt and subordinated/mezzanine debt.

New Jersey Division of Investment agreed to commit up to $125 million to Strategic Value Special Situations Fund V at its January 2021 investment council meeting, a contact at the pension informed PDI.

Along with the commitment, the pension also plans to increase its private debt target allocation from 8 percent to 10 percent.

The pension’s recent private debt commitments have focused on the corporate sector in North America. The pension currently allocates 6.87 percent of its investment portfolio to private debt.