“We strongly believe that we can have a significant impact on climate change through our investment approach.” 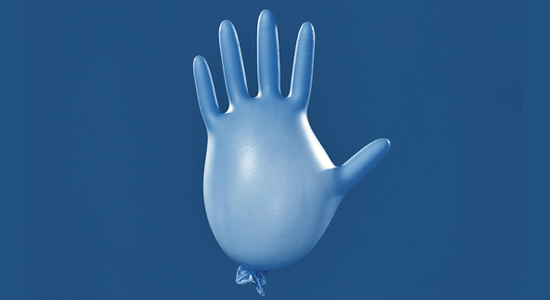 A ‘mindful and concerned’ GP amid inflation threat
Ask an investor for their thoughts on private debt’s performance through the pandemic and, on balance, you’re likely to get a favourable response. Fears of a distressed wave have proved ill-founded thus far and many managers have enhanced their reputations by supporting portfolio companies through the crisis.

While many LPs were rather looking forward to a challenging environment as a way of being able to distinguish the best GPs from the rest, they probably didn’t anticipate that a second major challenge would follow swiftly on the heels of covid – namely, inflation. The threat of inflation has become a huge topic within financial markets and, in the newly published October 2021 issue of Private Debt Investor, we spoke to a range of industry sources to discover more about the nature of any inflationary environment and what the implications may be for private debt.

It’s possible there could be a nasty surprise in store. As Anthony Robertson of Cheyne Capital told us: “We are mindful and concerned about inflation. We have a combination of supply constraints, labour cost inflation and general price inflation across a multitude of sectors and this could be more permanent than markets are currently giving credit.”

The latest from the European front
To return to the theme mentioned above, private debt has demonstrated its worth over the last year-and-a-half. Arcmont Asset Management chief executive officer Anthony Fobel told our Europe Report 2021 the asset class has had a ‘good covid’, adding: “Investors have realised the resilience of private debt as an asset class – that had never been tested until the covid crisis.”

The report provides our first-ever regional guide to Europe, focusing on developments in each of the key markets. It finds that Germany and Spain in particular have been making notable advances. In Germany, debt funds are now the dominant force in debt financing for the leveraged buyout market having barely appeared on the market’s radar in what was effectively a bank monopoly prior to 2017.

We also explore growing European trends, including niche strategies and the emergence of so-called “mix and match” lending.

Based in London, Gallagher joined Värde in 2018 and was previously responsible for leading business development in Europe, the Middle East, and Asia-Pacific. Girotra joined Värde’s New York office in 2018 and previously led the team’s product specialist and consultant relations functions.

Investment bank Citi will provide ThinCats with a senior warehouse facility which, allied to the guarantee provided under ENABLE, will support ThinCats in lending up to £300 million ($407 million; €350 million) to mid-sized SMEs.

It’s the first transaction under the ENABLE Guarantee programme to facilitate lending for term loans to smaller businesses from an alternative lender with a bank as a senior funder.

Italy’s Equita nearing fund target
Equita, the Italian investment bank, has progressed fundraising for its second private debt fund, Equita Private Debt Fund II. The firm said four new investors committed €47 million in total between April and September 2021. The fund has now reached €178.5 million and is approaching its €200 million target announced at the start of fundraising, with a hard-cap of €250 million.

The $39.2 billion US public pension has a 7.0 percent target allocation to private debt which currently sits at 8.1 percent.