Former US Treasury Secretary Lawrence Summers speaking to Bloomberg Television’s Wall Street Week about the Bank of England’s decision to set a deadline for its bond-buying programme. 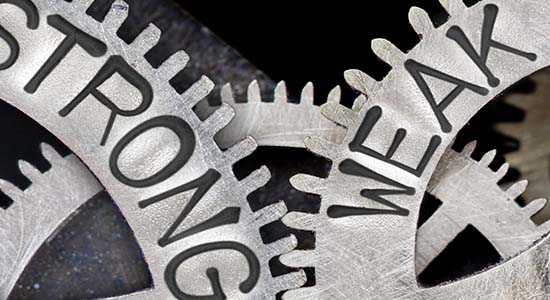 Greater revenues, shrinkage of earnings, says Golub
Revenue growth at US mid-market companies was solid over the summer, but earnings have shrunk, according to the Golub Capital Middle Market Report.

The US mid-market saw a revenue increase of 12 percent in July and August, year-over year. But earnings (EBITDA) declined over the same period by 2.1 percent.

Mid-market lender Golub released the numbers in mid-October, using as a metric the revenues of private US companies in its own loan portfolio.

From this portfolio, Golub produces the Golub Capital Altman Index in collaboration with credit expert Edward I Altman. This is the longest-running index based on actual revenue and earnings for mid-market companies.

Six months ago, Altman warned about margin compression. In the latest statement, he attributed the EBITDA decline to companies’ struggles to “pass rising input costs on to consumers” when the consumers in turn are facing a continual increase in prices for food and gasoline.

Altman also said, however, that “across all four of the sectors that we track, companies with the strongest pricing power, like mission-critical business-to-business SaaS [software as a service] companies, are in general keeping up with inflation”.

PDI Europe Summit: the investor view
Last week, we brought you 10 takeaways from our highly successful London conference. Here are a further five observations based on LP thoughts on the market:

1. There’s an air of caution among LPs thanks to the denominator effect and revaluation. But there’s also an air of opportunity. Direct lending negotiating power has swung from borrowers to lenders, creating better pricing and terms. Speciality finance and structured credit are being looked at closely. In this environment, complexity has a premium.

2. Different investors are at different stages of their private debt allocation journey. Despite the denominator effect clearly being an issue for some, others have long-term strategic asset allocation objectives that they are far from meeting and will still want to be putting capital out the door.

3. There is close scrutiny of covenant quality. Maintenance covenants were kissed goodbye in the broadly syndicated loan market some time ago and the same had started to happen in top-tier sponsor-led unitranche deals as well. Lenders are now looking to reclaim some of that lost protection to make sure they have a seat at the table before defaults are triggered.

4. LPs are expecting to see more impact credit strategies. So far the space has seen opportunistic capital solutions where companies are proving a new technology and need transitional financing, plus some initiatives in infrastructure debt – but not much else. It’s anticipated that the impact credit map will get more populated, though the fundraising environment is currently tough.

5. More evergreen private debt vehicles are anticipated, offering periodic liquidity. The closed-end model will still have its place, of course, but many anticipate a shift to separately managed accounts and longer-term vehicles.

QIC’s Spiez switches to multi-sector team
Australian asset manager QIC has appointed David Spiez as a director in its multi-sector private debt team. Spiez is currently QIC’s general manager of strategy and operations for private debt, and will move over to the new role in February next year.

Spiez’s appointment follows the recently announced three-year A$500 million ($310 million; €319 million) mandate awarded to the multi-sector private debt team by State Investments, which manages long-term financial interests for the state of Queensland. The mandate is for loan investments in Australia and New Zealand of between A$20-75 million.

Linger was previously a managing director with Prospect Avenue Partners, a boutique placement firm in the US focused on real assets. Before that, he led global capital formation for Square Mile Capital, Cherokee Investment Partners and the real estate private equity group at Lehman Brothers.

BGREEN III, managed by Blackstone, will invest in subordinated/mezzanine debt across North America.

NYSCRF’s recent fund commitments have predominantly targeted North American vehicles focused on a variety of sectors. In 2022, NYSCRF has committed around $1 billion to debt.