“It’s getting ugly and investors are, rightly, concerned that this will generate massive waves of volatility in the markets, not only in the US, but around the world”

Nigel Green, chief executive and founder of deVere Group, reflects on a poll carried out by the financial advisory firm which showed that a disputed result in November’s US presidential election is now by far the number one concern for investors. It was the leading worry of 72 percent of respondents 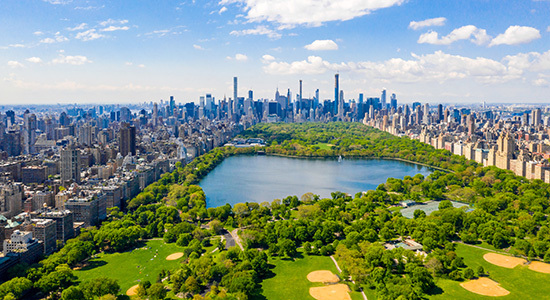 Governments have suppressed the default wave

Listening to the sentiment within the business development company and collateralised loan obligation markets expressed at our New York Forum virtual experience 2020 last week, it was clear things could be both an awful lot better and an awful lot worse.

Some feared a huge level of impairment in the aftermath of covid-19’s first-wave peak in March and April, but panellists said there had been more stability than anyone expected. However, it was also pointed out that a lesson from previous crises is that serious impairment often comes a year or two after the crisis itself, and that there was better visibility after the global financial crisis than there is now.

Given the extent to which governments have stepped up with financial support, one participant said they now thought the default rate over the next 12 months would climb to between 7 and 9 percent – having initially estimated 12-14 percent. It was acknowledged that, in terms of when markets might return to normal, much will depend on how quickly a vaccine can be widely distributed.

The discussion turned to the contrasting fortunes of different sectors. Although some types of retail and entertainment are expected to face anywhere between two and five years of pressure, some types of technology and quick-serve food (rather than sit-down eating) are doing better than they were pre-covid. In the fitness sector, said one panellist, “some great businesses backed by credit are really struggling”, while “dental and medical businesses were hit hard initially but could be back to pre-covid levels in six to nine months”.

See here for our summary, also from the Forum, of how the direct lending market is faring.

From the observation deck…

Some views picked up from Private Debt Investor’s recent conversations with the market:

Private debt GPs are increasingly shifting their attention from the current portfolio – ensuring there is enough additional finance if required by the companies therein – to new deal activity. The third quarter has seen a pick-up in mergers and acquisitions, which is expected to continue in the fourth. In the US, there is a huge amount of private equity dry powder that is likely to feed sponsored deals.

There is still a lack of pure distressed dealflow, a subject to be covered in our upcoming October cover story. With governments so far having managed to soften the economic impact of covid-19 and push out possible defaults, most opportunities are in the areas of rescue finance and special situations.

We hear a lot about how well alternative asset classes, and their investors, have adjusted to the new virtual working world. However, PDI has been hearing reports that some LPs are worried about the dangers of fraud and possible breaches of fiduciary duty that may arise from committing large amounts of capital to managers they have never met in person. Our data point (below) appears to back this up.

Let’s get physical. Managers raising their first funds face challenges in raising capital owing to the coronavirus, according to research from advisory firm Eaton Partners. Although many LPs are open to alternative ways of vetting new managers, such as video conferencing, a third of investors still want some sort of physical meeting before they will commit to a new manager.

California-based Runway Growth Capital, a lender of growth capital to venture- and non-venture-backed companies seeking an alternative to raising equity, has hired Charles Baker as its first director of business development and investor relations.

Baker will operate out of Runway’s New York office and report to chief financial officer Tom Raterman. Baker takes responsibility for increasing the overall asset base of Runway, including by building and strengthening relationships among current and prospective investors.

Swart will be responsible for legal and compliance, governance and risk management, replacing Stewart Hamilton who left the business recently. She will report directly to chief executive Lee Rochford as part of Arrow’s executive management team.

She has more than 20 years’ experience in the legal and financial services sectors and joins from Maitland Group, the multi-family office and fund administration firm, where she was global head of governance services.

ACERA’s private debt commitments have been to North American vehicles targeting the corporate sector. The $8.2 billion US public pension has a 4 percent target allocation to private debt that currently stands at 0.43 percent.