“Private credit has become a larger part of the credit markets in the US and Europe, and we believe the same trend will play out in Asia in the near term”

Blackstone Credit global head Dwight Scott on the expansion of the business in Asia-Pacific. 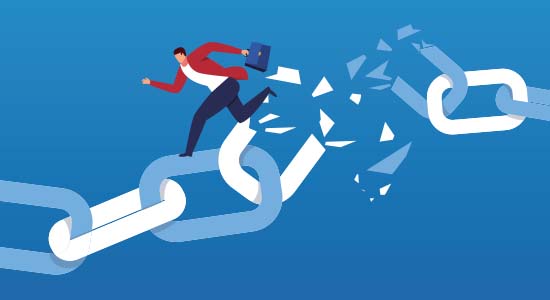 The fall in ‘weak link’ ratings may be deceptive
A new report from S&P Global Ratings (login required) shows the global ‘weakest links’ tally falling to 193 on 25 April 2022, down from 256 on 8 March 2022 and the lowest level since October 2018. The weakest links are those ratings showing the greatest stress, which are rated B- or below and have negative outlooks or are under scrutiny with negative implications.

But while the report highlighted improved performance in the media and entertainment sector due to revenue and liquidity growth following covid, most of the withdrawals from the weakest links category were due to ratings being withdrawn as a result of sanctions associated with the Russia-Ukraine conflict.

Furthermore, the picture in Europe is becoming gloomier with weakest links currently 14 percent above their five-year historical average. “Weakest links default rates are on average eight times higher than overall speculative-grade rates, so we expect the number of defaults in the region to rise,” said Nicole Serino of S&P Global Ratings Credit Market Research.

A separate report from S&P Global Ratings has found the structured finance market holding up strongly, with the global default rate dropping to 0.6 percent last year compared with a historical one-year average of 3.7 percent. It was the fourth year since the great recession of 2007-09 that the default rate has been less than 2 percent.

Conflict not changing UK investment decisions
A survey has revealed that UK retail investors’ decision making is not currently being impacted to any great degree by the conflict in Ukraine, though they do recognise major long-term implications arising from the crisis.

The research, from trading broker HYCM, found that just 14 percent of such investors took the Russia-Ukraine conflict into account when thinking about their investment strategy and only 10 percent have changed their strategy since the conflict broke out.

However, 67 percent said consumers and investors would boycott companies that continue to do business with Russia, rising to 87 percent among those investors with portfolios worth £250,000 ($316,000; €295,000) or more.

When asked about environmental, social and governance implications, half of investors (50 percent) said the conflict would mean net-zero goals take a step backwards. Almost one in 10 (9 percent) said that, in light of the conflict, defence industry assets should now be considered legitimate ESG investments.

Note to readers: Loan Note will be taking a break from publication this Thursday 2 June, returning Monday 6 June.

New credit MD for Denham
Denham Capital, a Boston-based fund manager, has appointed Alberto Garcia as a managing director in its sustainable infrastructure credit platform. Garcia has over 20 years’ experience in financial services, having held management positions in the US and Spain within Santander Group and Capital One Financial Corp’s emerging markets group.

He was most recently managing director within Santander’s corporate and investment banking division in New York, where he was head of power and renewables project finance. He led a team responsible for the deal origination, structuring and execution of energy-related, non-recourse financings and advisory services.

Three step up to partner at 17Capital
17Capital, a provider of strategic financing for private equity, has promoted three London-based managing directors to partner.

Among the promotions is David Wilson, co-head of credit at the firm as well as a member of the investment committee. He joined in 2019 to develop the firm’s NAV lending offering and was involved in fundraising for 17Capital’s Credit Fund. He previously held a senior role in JPMorgan’s fund financing team.

The other promotions went to Emad Shahin, a general counsel responsible for all legal matters across the firm and for overseeing the execution of investments; and Fokke Lucas, who is involved in fundraising and investing and has been with the firm since 2012.

CREDO was launched in late 2020 to invest mainly in mid-sized real estate debt financings and instruments in Western Europe with loan-to-values between 60-70 percent and targeting a net return of Euribor plus 9 percent for investors in the levered segment. The firm said CREDO generated a net return of 16.7 percent in 2021.

Soule previously spent seven years at BlackRock in London where he was responsible for real estate lending in France, Spain, Portugal, Belgium, Luxembourg and the Nordics.

Comvest Partner‘s latest fund launched in March of this year and is targeting $1.7 billion. The fund will focus on corporate opportunities in North America with senior debt returns. Its predecessor, Fund V, closed on $1.3 billion in April 2021.