There are growing signs that institutional investors are prepared to put their money where their mouth is on diversity and inclusion, as the topic becomes a flashpoint for LP board members and reports of heated discussions on the subject start hitting the headlines.

In June, the Pennsylvania State Employees’ Retirement System investment committee approved a $125 million commitment to Sentinel Capital Partners – despite accusations that the firm misled the pension fund on its diversity efforts. Affiliate title Buyouts reported that the investment committee was split 7-3 on the decision after discovering the firm did not in fact have a mentorship programme for women and minorities.

Last year, Golub Capital saw a potential private debt investment from a Philadelphia pension fund delayed due to its lack of senior minority investment staff. A leaked transcript from a meeting of the Philadelphia Gas Works Pension Plan revealed that the investor decided to stall on a proposed $9 million investment in Golub Capital Partners 14 until the manager explained how it planned to increase the diversity of its investment team.

Sasha Jensen, whose firm Jensen Partners has been tracking diversity and inclusion in alternative investment firms, says that LPs are getting much more active: “LPs have been making a big push to encourage more diversity on the investment and distribution side. That is both above the radar, with Shawn Wooden in the State of Connecticut reviewing his whole portfolio against D&I metrics, and below the radar where the amount of work being added to due diligence questionnaires and RFPs represents a huge push for more transparency.”

There are signs of change now happening at pace in the private credit industry, with the most recent Jensen Partners white paper noting that private credit has historically lagged behind nearly every other alternative asset class in nearly every measure of DE&I. “Yet that dynamic has changed,” says the report. “Over the last few years, managers have realised that DE&I has become an imperative for firms seeking to be competitive, whether in the market for talent or the market for institutional capital.”

Golub Capital would not comment on any specific LP discussions, but a spokesperson said: “We have an action-oriented, multi-pillar DE&I programme as a firm because we believe it is the right thing to do and it aligns with the core values of our business. Our DE&I programme includes active partnerships with industry-level organisations and dedicated recruitment efforts focused on diverse talent acquisition.

“We have joined the ILPA Diversity in Action initiative to collaborate on this issue with our peers. We also launched Golub Capital Social Impact Labs in partnership with leading business schools, which aims to enhance the impact of the non-profit sector, with a particular focus on organisations led by and serving communities of colour.

“DE&I is an important topic and one that is and should continue to be discussed with all investors as we collectively seek to deliver greater positive impact.”

Jess Larsen, the founder and chief executive of Briarcliffe Credit Partners, a specialist private credit placement agency, agrees. “The state pension plans are now very focused on this when they send out due diligence questionnaires ahead of investment decisions,” he says. “They are asking a lot more about male and female team members and other diversity metrics. It is still rare that we see LPs withdrawing or delaying investment over these issues, and more often than not they are making a recommendation on how they would like firms to behave.”

He adds: “I do think we will see a lot more of that going forward, but it is just at an early innings. A year or two ago, diversity was not even a question that LPs were asking, and now it most definitely is.”

According to the most recent Jensen Partners data, from September 2022, 45 percent of private credit marketing and distribution roles are now held by women, with the first half of 2022 showing a noticeable increase in female hires from 43 percent during 2020 and 2021 to 51 percent at the start of this year. Meanwhile, 76 percent of roles are held by Caucasian professionals.

Jensen says: “When we speak to LPs, what they are saying is that the promotion and retention of diverse talent are two of the key fundamentals they are looking for, in addition to actual representation. There are examples of due diligence questionnaire addendum processes where LPs are really asking deep questions about representation, and that really shook the GP community when that started happening.”

Among other initiatives, general partners are hiring diversity professionals to focus on these issues both internally and across portfolios, gathering much more data and setting targets to which firms should aspire.

At Ares Management, the hire in January 2021 of Indhira Arrington, the firm’s first global chief diversity, equity and inclusion officer, who has a direct reporting line to president and chief executive Michael Arougheti, signals the trend.

Adam Heltzer, Ares’s global head of ESG, told Private Debt Investor last year: “In the last year or two – and earlier in Europe than in the US – the views of LPs have changed dramatically. This is now absolutely on their radar and we are finding both the volume and sophistication of questions increasing. The number of RFPs we have coming in with a DE&I connection has quadrupled in the last two years, and those LPs are not just asking if we have a policy, they are interested in our implementation and direction of travel.

“For a long time, the focus has been on private equity because of the inherent influence and control. In direct lending, there was lower priority, even among the LP community. In the past year we have really tried to flip that and ask ourselves what influence we can have as one of the leaders in the lending market.”

Sharadiya Dasgupta is the founder of Blue Dot Capital, which partners with investment management firms to create their ESG programmes. She says diversity is unique within ESG as being a key issue for fund managers to address themselves, as well as in their portfolios. “Whenever we are looking at any asset management firm’s ESG programme, the framework that we use is to look at materiality considerations at both GP level and portfolio level,” says Dasgupta. “Diversity and inclusion is perhaps the only topic where there is unanimity that is material across GP and portfolio levels.”

She says the expectations of LPs have also stepped up a gear. “The focus on having diverse teams within private equity and private credit firms has been going on for a while, so most private markets firms have had enough time to take the more fundamental procedural steps and develop best practices,” says Dasgupta. “Now we see a shift of focus towards track record and outcomes. Managers are cognisant of that and they recognise that it is now time for the numbers to start doing the talking. It is not hyperbole to say there is now universal recognition within managers that this has become a material consideration for investors.”

Investors are expecting results and progress, not just efforts to do the right thing. One noticeable shift in focus has seen an evolution of questioning beyond firmwide diversity metrics into a much tighter look at senior levels, and specifically how diverse investment teams are.

The push by investors to back funds with diverse ownership as well as diverse workforces is certainly gathering momentum. The $46 billion Connecticut Retirement Plans and Trust Funds revamped its diverse manager programme in 2020 and renamed it the Connecticut Inclusive Investment Initiative, with total assets of $1.9 billion or 4.3 percent of the total fund assets. The fund has dramatically increased its allocation to emerging and diverse managers, from between 2 and 5 percent of total plan assets to between 5 and 10 percent, and has added in private markets investments to emerging and diverse managers.

Similarly, the $104 billion Massachusetts Pension Reserves Investment Management Board launched its Future initiative in May 2021 with a goal of at least 20 percent of total plan assets being managed by emerging and diverse money managers across asset classes.

Jensen says there are many challenges still facing private credit managers in this regard. “First of all, you have to keep up the momentum,” she says. “You need to think about mentorship programmes and whether you are really retaining and promoting the right talent.”

At a macro level, the industry has an issue, she says: “When we looked at investment committees in private debt, we have seen practically zero change. At the very senior level there is a lack of diverse candidates because the industry has been struggling to overcome being run and ruled by white Caucasian men, so that is where we need to push for progress.”

Limited partners are stepping up and demanding change. While marketing and investor relations professionals may so far be bearing the brunt of their increasingly forensic questioning, we can expect an impact on asset allocations that will start being felt much more broadly very soon. 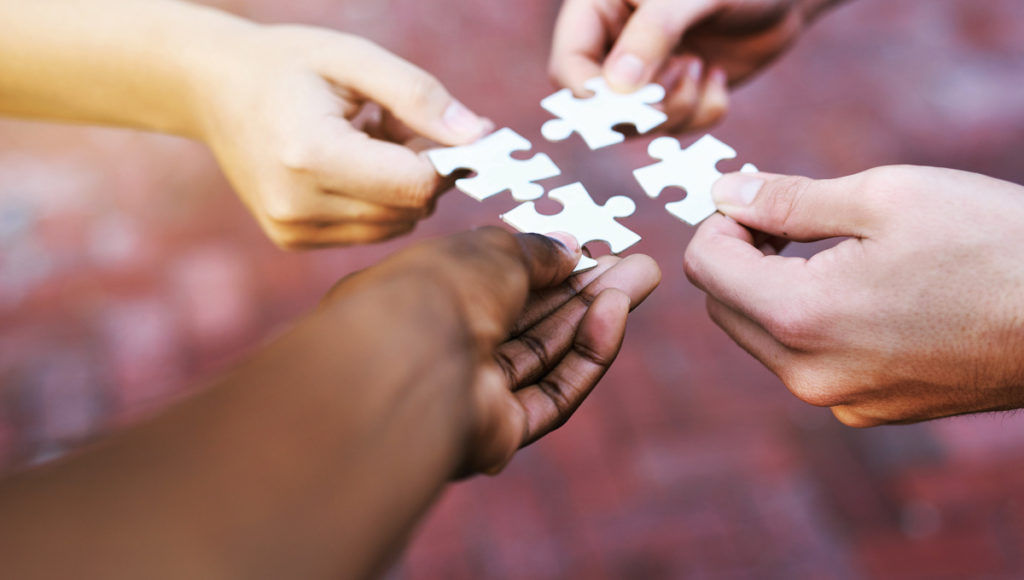 The question now is to what extent investors will move beyond asking tough questions and start actually shaping investment decisions around diversity performance.

There are already clear signs that LPs are willing to put capital behind their objectives. Briarcliffe Credit Partners’ chief executive Jess Larsen says: “The other approach we now see is LPs saying they would like to invest in a manager that is owned either by a female or a minority. Some state plans have specific programmes for that, and that is another big growing area of focus.”