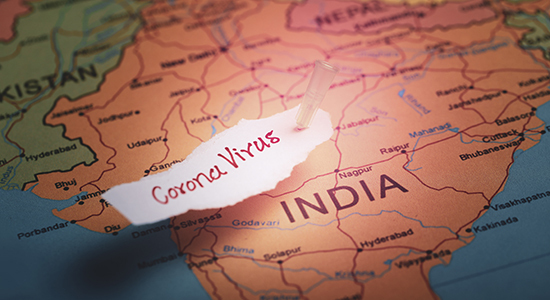 The pandemic has triggered a liquidity crisis among many corporates in India. Corporate borrowers have requested payment deferrals, while banks – and even non-bank lenders – have received liquidity injections from the country’s central bank.

Many businesses have already seen the impact from the pandemic on their earnings. A report by PwC India, Value conservation to value creation, outlines what company directors and other decision makers think about the covid-19 crisis. The consultancy conducted an anonymous survey with 225 corporate executives and senior managers in June and July.

The respondents were primarily focused on their companies’ survival, and particularly on continuity of operations and supply chains which was imposed on 25 March and which began to be gradually lifted in May. Notably, 73 percent expect a decline in revenues in owing to covid-related disruption. The Indian financial year typically begins on 1 April and ends on 31 March the next year.

Those in the infrastructure, real estate, industrial and retail sectors have the biggest concerns regarding a tougher business environment. The report adds that liquidity constraints, along with falls in demand, are driving the decline in revenue.

The lockdown was gradually lifted between May and August. However, some of the relief measures had to be developed further as liquidity conditions in certain parts of the economy, such as non-bank lending, were severely damaged.

Bama Balakrishnan is chief operating officer at Northern Arc Capital, a Chennai-based company that finances businesses and individuals underserved by Indian banks. She says that the moratorium provided at the discretion of lenders: “The asset-liability matching of many non-banking finance companies has been tested due to the moratorium.”

Official figures show that 18,845 NBFCs were registered with the Reserve Bank of India as of 16 July. These figures excluding data on asset finance company-type NBFCs that are not current. The RBI classifies NBFCs into as many as 10 types based on their liability structure, systemic importance, lending segment – such as peer-to-peer and infrastructure – and asset size.

Although debt repayment moratoriums have helped many industries, liquidity continues to be a major concern. Moreover, Balakrishnan notes that the moratoriums have made it harder to gauge the quality of assets.

Sanjeev Krishan, partner and leader of PwC India’s deal team, sees an upcoming challenge for borrowers. “Some borrowers could be tagged as NPAs [non-performing assets],” he tells Private Debt Investor.

He adds that lenders will also book considerable amounts of loan loss provisions against bad loans as the proportion of outstanding loans classified as NPAs increases post-lockdown.

In December 2019, the Canada Pension Plan Investment Board committed $225 million to the India Resurgence Fund. IndiaRF focuses on distressed assets, debt restructurings and operational turnarounds. It looks to invest across various industries, excluding real estate, and is structured as a joint venture between Bain Capital Credit and Piramal Enterprises.

However, one investor who wishes not to be named tells us investors are not noticing a lot of dealflow on the private distressed credit side. “I think these will come to the market in one to one-and-a-half years because a lot of companies are facing liquidity issues,” the source says. “That distressed investing dealflow will not be seen in the early stage of the crisis.”

Many investors are focused on assessing sectoral risks and reviewing market-specific changes, such as legal frameworks. BlackRock is one of the global alternative investors with a presence in distressed investing in India. James Keenan, the managing director, chief investment officer and global co-head of credit, BlackRock Alternative Investors, says he has seen “an improvement in insolvency regimes, particularly in India”.

His believes that ease of doing business in India has improved since Narendra Modi became prime minister in 2014. “This new insolvency regime protects creditors with a creditor-in-possession regime and a time-bound process of resolving insolvencies,” he says, referring to India’s Insolvency and Bankruptcy Code.

Elsewhere in the world, investors are looking out for alternative lending opportunities that have been accelerated by the pandemic-led disruption. Keenan says his team sees most opportunity in distressed investing in developed markets, especially the US. However, he expects to see pockets of opportunity in key Asian markets, such as China, India, Indonesia and Australia: “We may also consider distressed opportunities in Asia with appropriate risk/return, for global funds investing new or replacement capital into quality businesses undergoing stress, and distress as a direct result of the covid-19 disruption.”