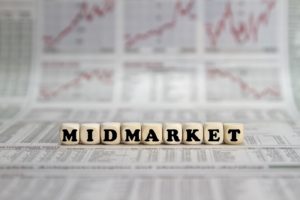 The Public Officials Benefit Association (POBA), a Seoul-based institutional investor, is looking for four private debt fund managers that invest in mid-market corporates in North America and one manager that lends to corporates in Asia-Pacific, a source familiar with the matter told Private Debt Investor.

It is understood that the Korean investor plans to commit $50 million to each of the fund managers. The $250 million in planned commitments will be invested in mid-market senior secured corporate lending strategies.

The investment team that oversees POBA’s senior debt mandate said yesterday that the institution would exclude business development companies from the search. Submissions are due on 26 September and the final decisions will be announced in October.

The pension fund is increasing its allocations to mid-market loans globally. As reported in January, POBA also sought Europe-focused mid-market direct lenders. Further details, including target returns for the strategy, could not be disclosed.

According to a white paper from Ares Management, a Los Angeles-headquartered alternative asset manager, the effective yields for senior first-lien mid-market loans across the US and Europe ranged from 6.5 percent to 8 percent as of August 2018.