Raghuram Rajan, the former governor of Reserve Bank of India and a professor of finance at Booth School of Business of the University of Chicago, said that more distressed debt and private equity will be seen in India once more insolvency and bankruptcy cases have reached conclusions.

He noted that effective use of the Insolvency and Bankruptcy Code is one of the critical aspects of the banking sector in India.

“I am hopeful that if we see a few of these [restructurings] happening, there will be much more of a market and many of these businesses will be restored to health,” Rajan told PDI at the Credit Suisse Asian Investment Conference 2018 in Hong Kong.

Among large, distressed situations in India, Bhushan Steel became the first and largest case undergoing a resolution under India’s 2016 Insolvency and Bankruptcy Code, said Alka Anbarasu, a Singapore-based vice president and senior analyst of the financial institutions group at Moody’s.

Details of the lender consortium have not been disclosed to the public. However, the State Bank of India is a member of the consortium, PDI was told yesterday.

The steelmaker has been undergoing a resolution since July 2017. It announced that Tata Steel was the highest bidder to acquire its controlling stake, as per its public disclosure published on the Bombay Stock Exchange on March 7.

The Reserve Bank of India, the central bank of India, has asked creditor banks to provide a minimum of 50 percent of their respective loan exposure to the distressed steelmaker by this month, according to Moody’s Credit Outlook published on March 12.

Speaking to Rajan about Tata Steel’s recent acquisition of Bhushan Steel being credit positive towards Indian banks, he said: “I think so, so long as they are clear [on the process] and there are no challenges there, I think that would be credit positive.”

However, the restructuring case is still at a preliminary stage so making judgments about the credibility of the insolvency code would be premature.

“They need to work it out”, Rajan said, adding that, “We need to see the first judgments from the traditional system and if it results in a resolution of the distressed problem in a proper way.”

Investors are happy to see how it plays out before they take the distressed opportunity into consideration, according to two pension funds attending the conference. 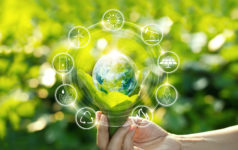 Credit prepares to run with the sustainable investing baton

Why 2019 was a uniquely distressed year