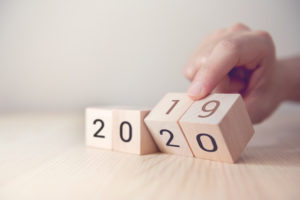 After a competitive 2019, it doesn’t appear 2020 will be much different. Below are three deal trends to keep an eye on.

Lenders will accept smaller spreads on unitranche loans, which can now number in the 10 digits

Unitranche loans have become the preferred financing arrangement for many sponsors, aided by ease and simplicity. As it has become more competitive, the average blended spreads have dropped.

A larger minority of lenders are willing to accept a credit spread of 5.25 percent or lower compared with the start of the fourth quarter last year, according to the Refinitiv Middle Market Lender Outlook Survey. Some 23 percent are willing to lend a unitranche at that rate – much higher than the 12 percent at the beginning of Q4.

Since 2016, there have been multiple unitranche deals north of $1 billion, many of which were done last year. Apollo Global Management led an eye-popping $1.79 billion to finance New Media Investment Group’s takeover of newspaper behemoth Gannet.

Volatility in the syndicated markets “resulted in a shift in dealflow away from the syndicated market to the direct lending market where terms were more economical (less flex risk, certainty of execution and more stable and predictable spreads) and lenders were flush with cash anxious to serve sponsors’ financing needs”, Fran Beyers, Refinitiv’s head of mid-market loan analysis, said in an email.

“Get ready to see a $2 billion unitranche in 2020!” one lender commented in the survey.

Mid-market CLO issuance in 2020, anticipated to be $12.7 billion, will likely be less than in a stronger-than-expected 2019. Last year, estimates predicted issuance at $11.8 billion, though the actual number was $15.12 billion.

“You ought to want diversification amongst your sources of borrowings,” GBDC chief executive David Golub told Private Debt Investor shortly after his firm received permission to execute the CLO transaction. “You don’t want to be overly reliant on any one counterparty. The huge benefits associated with getting liabilities right are going to pay off during the next downturn.”

Among the BDCs that closed CLO deals in 2019, Owl Rock ended the year completing a $396.6 million securitisation on 12 December. Other BDCs that took advantage of the newfound capacity in 2019 were Hercules Capital (a $250 million deal in January), FS KKR Capital Corporation (a $378.7 million deal in June) and Bain Capital Specialty Finance (a $501 million deal in August).

The Middle Market Lender Survey showed direct lenders significantly dialing back their appetite for leverage compared with the beginning of the fourth quarter. Fewer lenders were willing to go beyond 6.5x; about one-third said in the most recent survey that they were willing to lend at 6.0x-6.5x.

Leverage in the institutional loan market crept up yet again, a constant since at least 2009, save 2016. Leverage hit 5.98x, with 5.25x coming from first-lien leverage and 0.73x coming from junior-debt leverage.

“As money continues to flood into the direct lending market and outpaces the available supply of high-quality assets, you are going to see lenders stretching on leverage for credits that they like,” Beyers said. “In addition, purchase price multiples continued to rise in 2019, so while sponsors did put in more equity, they also pushed leverage as much as they could to try and boost returns.”

Indeed, direct lending funds are alive and well, with senior debt funds collecting $45 billion through the first three quarters of 2019, the most recent figures available, according to PDI fundraising data. 2019 appears to be on track to raise a similar amount as 2018, when private credit funds raised $166.29 billion. That year, senior debt funds collected $59.61 billion.