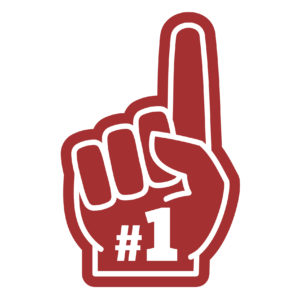 Two generally beats one – in soccer scoring, number of ice cream scoops and weeks of vacation. One exception though is in the number of legal agreements needing to be negotiated.

So, the question for private equity firms: why worry about hashing out a credit agreement and an inter-creditor agreement? Ditch the first-lien/second-lien financing and go with the unitranche option – credit agreement only.

“If you’re a sponsor, and you’re seeing what is happening in the syndicated market on large middle-market credits, it makes more sense to go the direct lending route in 4Q19,” said Fran Beyers, head of middle-market loan analysis at Refinitiv. “Many are going to say, ‘I’m going to the direct lenders that have large hold sizes and I am going to take my execution and flex risk off the table.’”

The syndicated markets are flexing deals up while direct lenders are receiving renewed attention from large sponsors hungry for unitranche loans. The second quarter saw $9.2 billion of unitranche issuance, surpassing the previous high in the third quarter of last year, when it was just under $9 billion, according to data from Refinitiv.

“Many sponsors like the ease of the unitranche execution, and lenders have told their LPs we’re going to do first lien. Unitranche has the spread to get the yield lenders need to meet return hurdles,” Beyers said. “The issuance stats are at record highs. [The third-quarter] will be a new record.”

The blended spreads on unitranche loans have become tighter too. From 2014-16, the spread for unitranche loans was more than 6.8 percent, according to data from the firm’s fourth-quarter Middle Market Lender Outlook survey. In 2017, that figure dropped by 20 basis points to 6.6 percent. In 2018, it fell to under 6 percent.

After fourth-quarter volatility, which likely strengthened lenders’ hands in pricing negotiations, first-quarter spreads were around 6.1 percent but fell over the next two quarters as the market swung back to a more lender-friendly environment. In the third quarter, the unitranche spread reached its lowest levels since 2014.

As the blended spreads have declined, so too has the minimum pricing threshold under which direct lenders will provide a unitranche loan. To do so, 65 percent of direct lenders said they would extend such a facility with a 5.5-5.75 percent pricing, up from 38 percent a year ago.

“I think LPs would be shocked if they knew how much of their portfolios are 6x-levered unitranches when they think they are 4x levered first-lien loans,” one direct lender said in the survey. The moment of candour illustrates a sentiment voiced by an LP at Private Debt Investor’s recent PDI New York Forum. There, an LP asked, “What does senior secured mean?”

However, one lower mid-market lender said this runs contrary to what his firm has experienced.

“I don’t think that the investing community is blind to the higher unitranche leverage [more than first-lien loans],” the source said. “LPs are looking at the asset-level leverage and the fund-level leverage. The depth of questioning continues to get finer and finer.”

Lenders are split on what expected recoveries on unitranche will be, though more expect them be on the lower side. A majority, 54 percent, anticipate recoveries being lower than 70 cents on the dollar.

The question of what recoveries will be achieved may depend on a large unknown factor: the agreement among lenders (AAL) provision, which bifurcates the loans into a first out-last out structure and governs things like interest rates and payment waterfalls.

The ratings agency wrote: “The lack of precedent with respect to issues such as the bankruptcy court’s jurisdiction to interpret AALs; unitranche lender claims against the debtor; and the treatment of post-petition interest in relation to the first-out and last-out tranches has created a level of uncertainty in unitranche lending that does not exist in other more typical financing structures.”

But while AALs may represent uncertainty, the rise of unitranche is not in question.