We hear a lot about the losers amid the coronavirus outbreak but one of the winners has clearly been technology, including video conferencing. For limited partners, it has enabled them to carry on performing due diligence on funds even though on-site due diligence has become one of those things that was once considered routine but now seems like a luxury from a bygone age.

There are limits to virtual diligence, however. One placement agent source tells us that “if you’re a new GP in a plain vanilla part of the market, you may as well take your foot off the pedal” when it comes to fundraising. LPs will still go out of their way to assess compelling new opportunities with as much rigour as the current climate allows but signing off on a commitment to a new manager is a big ask. Many GPs are quietly putting their fundraising plans on hold, and our Q1 figures show that raising capital is currently at a very subdued level.

Nonetheless, LPs are still committed in principle to the private debt asset class, as Private Debt Investor surveys have repeatedly shown – with a much higher percentage looking to increase or maintain allocations rather than decrease them. They will still make the effort to invest selectively – but where? Our sources in the market tell us LPs are more inclined to be tactical, opportunistic and perhaps more short term in their thinking today than they would normally be.

One strategy attracting interest sits somewhere between liquid and illiquid approaches. The public markets clearly have some interesting opportunities, with the liquidity crisis prompting sell-offs at deep discounts that do not necessarily reflect the fundamental health of the companies in question and which may not involve investors having to push the envelope too far on risk. In the private markets, too, interesting opportunities can be found in a less competitive market where managers are more focused on their existing books than doing new deals.

One issue for investors is a lack of managers operating in the space, especially in Europe. CQS and AlbaCore are among firms to get a mention, but there are certainly not many that spring easily to mind. A second issue is that, for this kind of strategy, LPs require an adventurous streak, and many are simply too conservative. Family offices, endowments, some consultants and any LPs that already back hedge funds are considered among those most likely to take a punt.

These are new and strange times, in which the unorthodox may take precedence over the tried and trusted. LPs will be tested on the strength of their commitment to private debt, and how far they are prepared to push the boundaries in giving it their continued support. 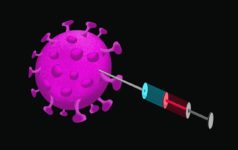