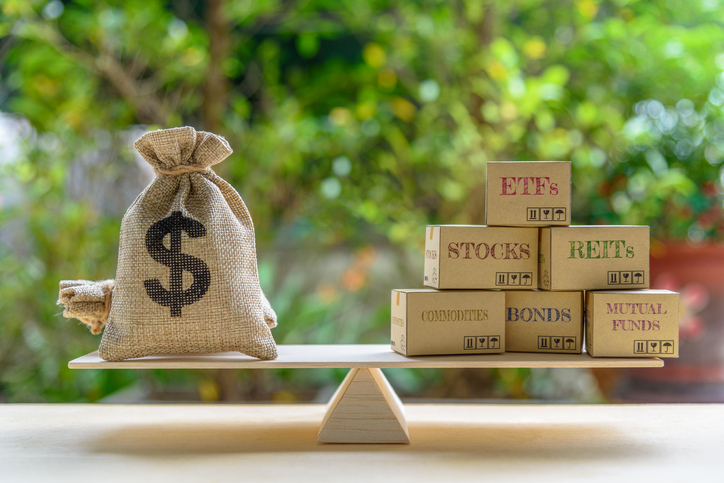 Growing a successful fund management business can be helped by breaking out into new areas of interest for investors and anticipating where their requirements will take them next. Consequently, assed-based lending could be the next hot fashion in the private credit space.

When Private Debt Investor conducted its annual LP Perspectives Survey at the end of 2019, it asked investors which emerging asset classes they planned on committing to over the following year. A huge 69 percent said they would commit to asset-backed lending.

The traditional direct lending that has become established in recent years – often called “cashflow lending” by those in the ABL business – involves making loans against the value of a company based upon its revenues and profitability. ABL loans, however, are made against a particular asset or assets, such as a property, land, inventory, receivables, machinery or vehicles.

The difference between the two may explain why many investors are looking more closely at loans backed by hard assets.

“There are a couple of drivers behind investors looking at ABL,” says Mark Wilgar, investment director at consultancy Cambridge Associates. “The first is they’re more comfortable with esoteric credit at a time when we’re in the latest credit cycle in history, so they’re moving into more structured and secured forms of credit.

“The second is that private debt underwriting standards have been slipping for a while. It’s much more difficult to undermine the underwriting when you have a hard asset to fall back on.”

The growth of private debt has been heavily driven by direct lending funds providing loans for predominantly private equity-sponsored transactions in the mid-market. However, the popularity of the strategy has also resulted in it becoming commoditised. The consequence is that the risk-return profile that originally attracted investors to the asset class is not what it was.

“Five years ago, even traditional direct lending was still an emerging asset class,” says Bruce Spohler, chief operating officer at asset-based lender Solar Capital. “But since then there’s been an evolution in thinking about credit among the institutional investor community as they hunt for yield.

“It’s not just ABL that is now interesting institutional investors, but any kind of lending activity. It’s driven by demand for differentiated sources of yield.”

Despite the worsening risk-return profile for cashflow lending, it still offers a relatively safe investment with a premium above more liquid forms of debt available on the public markets. However, context matters and, with many expecting the credit cycle to turn in the near future, investor behaviour is already adapting in anticipation.

“When the next downturn comes, the cashflow market may not hold up so well due to lower-than-expected recovery rates, so institutions are looking to limit new commitments,” adds Spohler.

So why is ABL, rather than other speciality options, catching investors’ eyes? According to Folake Shasanya, head of warehouse lending at Silicon Valley Bank, it is an area that investors believe they can easily get to grips with.

“ABL isn’t something completely new,” she says. “It’s an established market that has been around for a long time. Cashflow lending is awash with liquidity with lots of cash to deploy, so investors are looking away from the traditional business model and want to diversify, but only in areas they are comfortable with.”

As Sylvain Makaya, partner and leader of the asset finance department at Paris-based fund manager Idinvest points out, there are also potential regulatory dividends: “From a Solvency II perspective, the ratios and ratings of asset-based loans get much better regulatory treatment.”

In a recent report on real asset lending, bfinance also cited improved Solvency II treatment as one reason why many insurers are now looking at infrastructure debt, which is a sub-type of asset-based lending, as a potential part of their portfolios.

But perhaps the most crucial factor is that an asset-backed loan is likely to offer superior security to lenders in a deteriorating economic climate.

Solar Capital’s Spohler says: “A large segment of ABL benefits from having short-term collateral which turns over every 60 to 90 days, meaning if you need to liquidate you can recover your principal and interest in less than 90 days. With cashflow loans, you’re essentially relying on a five-year prediction of how the company is going to perform.”

With the credit cycle turning, default rates are set to increase. This was a major motivation for Idinvest to launch its asset-backed strategy, which involves leasing heavy industrial equipment to small and medium-sized enterprises.

Makaya, who launched the strategy last year, explains: “Idinvest launched this strategy because we want to provide diversification for our LPs to invest across the capital structure from senior debt to mezzanine. We also anticipated that default rates in private debt would increase and that investors would want an alternative product like ABL. We note that investors have a growing appetite for infra and infra-like investments, and machine leasing fits that profile well.”

Where investors go, asset managers are destined to follow and the demand for asset-based lending means many more firms are likely to try and diversify into this type of strategy, just as Idinvest has.

“This sector is going to get more competitive,” says Wilgar. “It will get harder to find people with the required skills and experience. There is a risk it could become flooded with capital, much like direct lending has, but there’s still a significant vacuum left behind by the banks that needs to be filled.”

Getting the right people is one of the biggest barriers to entry in the ABL world. Personnel need to have experience in monitoring collateral on a daily basis and be able to understand the nature of the underlying assets. This often requires them to be sector specialists in whatever the fund manager is lending against.

“To be able to monitor all that collateral you need a big team of specialists,” says Spohler. “At Solar, we employ 165 people and we have 110 of them working just on the ABL side of the business. It’s a big commitment in people and that’s why a lot of credit managers have not entered this space.”

“Competition has picked up a bit recently, but not as much as it has in cashflow lending because the barriers to entry are high and it’s hard to find people with experience managing the collateral.”

Spohler believes private markets asset managers looking to get into the space would struggle to grow such a business organically and should instead look to buy an existing ABL specialist or seek out a whole team with a good track record that it could bring in. Trying to get into the sector without the right kind of skills and experience could be an expensive mistake.

“The main risk you face is being unable to liquidate the asset,” warns Makaya. “If an asset can’t be sold quickly or the price is volatile, that can really affect your returns. We have to analyse the asset, know it is marketable and what its likely price will be and understand its vulnerability to technological change.”

Asset-based lending looks set to be the new frontier in private debt, but institutional investors and fund managers will have to tread carefully to ensure the right kinds of assets are backing the loans.