Some asset classes, such as private equity, have reached a level of maturity that makes raising vast pools of capital appear a straightforward task (it probably isn’t, it just looks that way). Others, such as agriculture, are just starting to attract LP dollars but have a long journey ahead before they become an established and meaningful portion of investor portfolios.

Private debt, meanwhile, is in a golden era of fundraising. It’s young enough as an asset class to have the potential for dramatic growth – as seen in last year’s record numbers when global capital raising soared above $200 billion – but not yet mature enough for investors to feel they have had their fill. There are some signs – amid concerns about competition and deal structures – of a slight reduction in appetite this year. But private debt remains a talking point, the asset class du jour.

In this promising environment, fundraising individuals have the chance to make their mark – and this inaugural PDI Rainmaker 20 acknowledges those who have done just that. So how did we arrive at the list? Our editorial team surveyed senior professionals across the globe asking them to nominate fundraising professionals. The question was simple: “If you were out there raising a fund, who would you want on your team and why?” Those who received the most nominations made the list. No one was allowed to nominate fundraisers from within their own organisation.

Respondents volunteered a spectrum of talented professionals, including firm founders, the young, the less young, those who have shepherded multi-billions into strategies and those who have focused on getting niche strategies off the ground. Some have been cited for their ability to work with certain types of investors or build relationships in particular parts of the world.

Nominations included in-house professionals and placement agents. It may come as a surprise to some that a clear majority of those nominated were in-house. However, this reflects the way the asset class has developed as GPs have often taken their fundraising in-house, sometimes plucking placement professionals from banks or independent shops. Clearly it is possible to operate within an established private debt business and still be considered a “rainmaker” by one’s peers.

We hope you find the choices a compelling read. In future iterations of the survey we will be seeking to grow the list further, in the process drawing more of private debt’s best fundraisers into the orbit.

Without further ado we present the PDI Rainmaker 20.

Based in Hong Kong and with 25 years of industry experience, Chan was an advisor to Alcentra on last year’s closings of its €690 million structured credit fund and €2.75 billion European Direct Lending Fund II. He has built deep relationships with both GPs and LPs across Asia-Pacific, having previously been associate director for business development at AIG Investments.

Described as a “mentor” by some we spoke to and as “one of the best in US private debt”, Colosimo moved to ICG in October last year after eight years overseeing fundraising at Comvest Group, the mid-market private equity and credit firm. Hired to boost ICG’s local institutional investor coverage in the US, Colosimo also boasts a blue-chip banking past with JPMorgan and Morgan Stanley.

Cuan was lauded by one market source for “his access and influence with potential LPs, particularly Asian investors which are, and will continue to get, more influential”. A member of Mercury’s executive committee, he was previously a managing director and head of international distribution for Merrill Lynch Private Equity Funds Group. Mercury collected the PDI 2017 award for Asia-Pacific placement agent of the year.

Cited for her industry knowledge and ability to get things done, Davi joined Benefit Street Partners in 2012. One peer said she was a “pleasure to work with” and that BSP is “lucky to have her”. Davi’s previous roles encompassed CCMP Capital – where she worked on private equity investments, mainly in the healthcare space – and Lehman Brothers.

Erhardt takes much of the credit from our sources for Madrid-based Oquendo’s notable recent fundraising efforts, including the firm’s third fund, which beat its final target at first closing early last year. The vehicle, raised at breakneck speed, saw all LPs from its predecessor re-committing. Erhardt formed Oquendo Capital in 2007 and has over 20 years’ experience of advising and financing Spanish SMEs.

“Effectively lives on an airplane and is invaluable to the Apollo franchise” is how one market professional captures the importance of Fox. Cited as one of Apollo’s leading credit specialists, Fox has been at the firm for close to a decade and hoovered up hundreds of millions of dollars for private debt and the broader illiquid credit business. He was formerly at Pequot Capital Management.

Gahan has been the face of Benefit Street Partners’ striking fundraising efforts – including towards the end of last year, when it closed on its easily oversubscribed $2.55 billion Fund IV, as well as a $750 million special sits fund (which beat a $500 million target). Prior to launching Benefit Street in 2008, Gahan was chief executive of Deutsche Bank Securities.

Widely seen on the conference circuit and with a reputation as a great presenter, one supporter in the market says Grad “understands the breadth of product that Golub has and how they might fit into an LP’s portfolio and solve problems they might have”. With over 15 years of alternative and credit-related investments, Grad joined Golub in 2009.

One of three partners alongside Ari Jauho and Pasi Pihlajamaa at Helsinki-based fund of funds manager Certior Capital. The trio have worked together since 2004, at Pohjola Private Equity Funds and Proventure prior to Certior. Hara was recommended by sources for his ability to offer investors a diverse private debt portfolio, with Certior having gained a reputation for identifying the best niche and emerging strategies.

Through the early stages of considering nominations, Josserand was plying his trade at Citigroup, where he was head of international fund distribution for EMEA and is credited with having helped make the fund placement business one of the market leaders. “Established relationships”, “strong relationship management skills” and “deep product knowledge” are the traits peers say he’ll bring to his new role.

Cited as a “rising star”, Kluge is a recent recruit at fund manager Ardian, having joined the investor relations team in March last year from fund of funds manager Golding Capital Partners. The head of institutional sales for Germany and Austria, Kluge is said to be extremely well connected and expected to place several alternatives strategies including private debt. He is tipped for big things, including possibly a more global role at some point.

Credited with raising substantial capital for Paris-based Ardian in the Middle East alone since taking up his most recent role around seven years ago, Mancer recently left the firm with no immediate clue as to where he was headed next. Sources tell us he is thoughtful, trusted and well-respected. He previously held positions at Calyon in Paris, Landsbanki in London and private Qatari company Al Faisal Holding in Doha.

From the same team as Michael Fox (see above), McMullan also joined Apollo around a decade ago from Pequot Capital Management. And, also like Fox, McMullan is seen as a top fundraiser – working on key relationships such as Texas Teachers and some large Canadian LPs. “A total rainmaker, trusted and respected by Apollo’s upper management,” a source tells us.

Korean institutions have been making their mark in private debt, and peers say no fundraiser has been more adept at taking advantage of this trend than Seoul-based Moon. A rising star, Moon has had previous spells at Mitsubishi Corporation, Pavilion Alternative Investment (a pan-Asian private equity firm) and PineStreet Group (a Seoul-based alternative investment firm).

Pardee has assisted the likes of SSG, Benefit Street and Walton Street in their recent fundraising efforts and is cited by one inside source at a GP as a “phenomenal addition” to their in-house team. A member of Mercury’s executive committee, Pardee was previously a managing director and co-founder of Merrill Lynch’s Private Equity Funds Group, where he spent nearly 12 years.

“Brilliant at interacting with investors,” says one market source of Swercheck, who was a key player as Capitala rounded up $1 billion in April this year for its first senior debt fund focused on lower mid-market companies. It seems unlikely to be a coincidence that just three months after the fund’s close, Swercheck was promoted to his current role. He joined Capitala in 2013, having previously worked for Hamilton Lane.

Turkinan has been in his current role for just over a year but has spent around nine years at BlueBay altogether. Previously he had been responsible for institutional sales and consultant relationships in the UK, Ireland and the Middle East. He has been at the forefront of numerous multi-billion fundraising efforts including Senior Loan Fund I. Before BlueBay, Turkinan worked for Capital International, Bear Stearns and ICE Securities.

Cited by market sources as a likeable individual well served by his decades of experience, one peer says von Grawert has “the best network and access to the German LP market of all placement agents we speak to”. He was part of the Credit Suisse PFG team that picked up the PDI award for 2017 placement agent of the year in Europe.

Von Gusovius received mentions from peers for his specialist knowledge of private debt and enviable book of contacts across Europe and the US – while having intimate knowledge of the German and Swiss markets. He has spent more than a decade at Campbell Lutyens having previously gained private equity investment experience at GMT Communications Partners and Vision Capital. He has helped raise funds for the likes of Metric and Kartesia.

Wong is the founder and figurehead of SSG, a firm that has become a fundraising powerhouse from its Hong Kong base, growing from around $100 million of assets under management in 2011 to about $4 billion today across two strategies and six funds. Prior to having launced SSG in 2009, Wong had been a managing director at ill-fated investment bank Lehman Brothers. 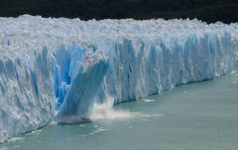