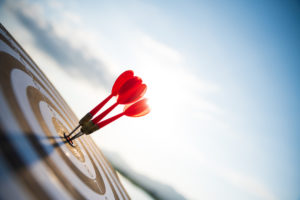 Atalaya Capital Management has held a final close on $1 billion for its fifth Asset Income Fund, hitting its hard-cap and exceeding its $900 million target.

The fund, known as AIF V, was launched in May 2020 and will follow the strategy of prior vintages. Atalaya said in a news release that the fund will seek to benefit from the firm’s “deep relationships” in the specialty finance ecosystem. As of the final close, Atalaya said that it has called more than 30 percent of its capital commitments and has invested a “significant portion” of that capital with Atalaya’s long-term, repeat relationships.

The Atalaya Asset Income Fund strategy was launched in 2012, and along with AIF V, it has amassed some $3.58 billion of capital, according to PDI data. Atalaya said the strategy has made more than 135 investments in specialty finance. The previous fund, AIF IV, was also oversubscribed and closed in 2018 on its hard-cap, with $900 million of capital commitments.

As with previous funds, the latest will primarily originate loans and acquire credit-related assets in the specialty finance sector. Atalaya said targeted investments include but aren’t limited to consumer finance assets such as credit card originations and consumer installment loans; commercial finance assets such as SME financing, merchant cash advance and factoring; and select leasing opportunities such as mid-market, mission-critical equipment and aviation assets.

“We are grateful for our new and long-term investors, who clearly recognise our leadership position in specialty finance,” said Ivan Zinn, founding partner and chief investment officer of Atalaya. “We are excited to expand on our track record of identifying meaningful opportunities within consumer and commercial lending, an area that we believe continues to be underserved.”

Based on a presentation delivered to Rhode Island State Treasury, the fund will focus on the US, and will take 30-40 positions, with the typical investment ranging from $20 million to $40 million. The investment period will be 24 months, followed by a 36-month harvest period with an optional 12-month expansion at the GP’s discretion.

Atalaya is a New York-based alternative investment advisory firm with about $6 billion of assets under management. It focuses primarily on making private credit and special opportunities investments in three principal asset classes: financial assets, real estate and corporate. The firm is 80 percent owned by its partners, who in addition to Zinn include Raymond Chan, Josh Ufberg, David Aidi and Matthew Rothfleisch. The remaining 20 percent is owned by Dyal Capital Partners, a division of Neuberger Berman. Dyal recently announced a merger with Owl Rock Capital Partners through a SPAC transaction and will go public under the name Blue Owl, according to sister publication PE Hub.