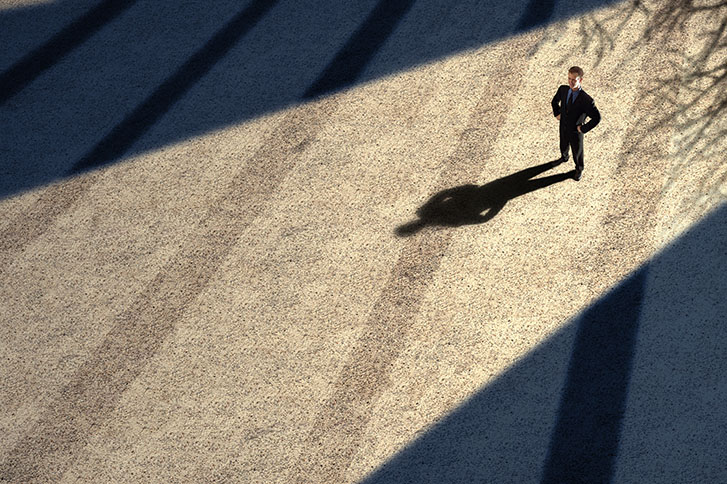 Whether it’s direct lending, mezzanine financing, M&A funding or non-sponsored loans, private debt has increasingly appealed to investors seeking more favourable returns than the record low yields on offer in their traditional hunting grounds. This demand has driven a surge of interest in the asset class in recent years and North America has been one of the largest regions to benefit. Private Debt Investor data show that around 36 percent of all private debt capital raised in 2018 was focused solely on the region.

Darius Mozaffarian, co-president at US investment manager White Oak, explains that interest in the asset class is not unique to any one investor type, and that his clients range from small pension funds to major insurance companies. “It’s a very diverse mix,” he says. “There continues to be a lot of demand for traditional direct lending, mainly to sponsored companies. This type of private credit has been around the longest and is what most investors are familiar with.

“Since the financial crisis, a majority of capital raised has been to support leveraged buyouts, which are largely private equity-sponsored transactions. After the crisis, more private credit firms focused on sponsored lending.”

However, as more investors seek the same opportunities, many have widened their search for yield. This insatiable appetite for US private debt has led them to seek more direct lending opportunities. “We spend a lot of time educating investors on non-sponsored lending too,” says Mozaffarian.

The broad range of interest in US private debt opportunities is perfectly illustrated by the size and range of fund closures throughout 2018, which spanned direct lending, mezzanine financing, distressed debt and special situations. Goldman Sachs closed the largest private debt fund last year with $9.9 billion raised for GS Mezzanine Partners VII in June, while GSO Capital Partners closed a $7.12 billion distressed debt fund in March. Both focus on the US as part of a multiregional strategy. Meanwhile, Kayne Senior Credit Fund III and Ares Senior Direct Lending Fund raised the largest North America-only funds, with each attracting $3 billion in commitments.

Despite the widespread enthusiasm for private debt, economists have recently questioned the health of the US economy, after the yield on 10-year treasuries dipped below that of shorter-term bills in May. Historically, economists have seen this inverting of the yield curve as an indicator of a potential recession, but this time is different, say fund managers.

“While we have seen the yield curve invert a couple of times, we have not yet begun to see any related cracks in our portfolio,” says Ken Kencel, chief executive of Churchill Asset Management. “The question on everyone’s mind continues to be: what innings are we in? How long will this stage of the US economic cycle last?”

Growing concerns about the threat of inflation have led to some investors urging the US Federal Reserve to slash interest rates.

“With the Fed’s decision to hold rates steady against market expectations for one to two rate cuts this year, inflation is one of the biggest risks to markets,” explains White Oak’s Mozaffarian. “Should higher inflation come to bear, markets will be caught off guard and the Fed will have to be reactive and increase rates. A disruptive rate raising process will be negative for market sentiment and can introduce more volatility.”

Mozaffarian warns that higher rates – whether from a Fed reaction to inflation or not – could also be problematic for companies with significant borrowing, especially to companies with highly levered balance sheets. Despite this, the Fed intends to maintain its course. In a speech to the Council on Foreign Relations in New York at the end of June, Federal Reserve chairman Jerome Powell defended the decision to hold rates steady. “Monetary policy should not over-react to any individual data point or short-term swing in sentiment,” he said. “Doing so would risk adding even more uncertainty to the outlook.”

Investors in US private debt are not just dealing with headwinds from domestic monetary policy, though. They must also contend with ever-growing levels of competition for good investments and the impact this is having on pricing – factors that are making the investments far less rewarding in relation to the associated risks.

“These 185,000 middle market companies have interests and ambitions to grow their business. As a result, we said we need to expand our product base to include equipment financing and asset-based lending”

“As dry powder has increased substantially, with fundraising continuing to trend upwards, competition for deals is high,” explains Joanne Job, managing director and head of research at investment consultancy MJ Hudson Allenbridge. “Therefore, pricing has become tighter across the board. Yields are compressing, and leverage levels are increasing.”

Job explains that the increased competition in the market has also led to an increase in the number of loan agreements with lower levels of lender protection.

“Covenants have become looser, with the level of ‘cov-lite’ debt in the US dramatically increasing,” she says. “As such, credit quality is a risk, particularly as we near the end of the cycle.”

Despite having to contend with these pressures, investors have continued to flock to private debt funds. PDI data show that the aggregate capital raised by North American-focused vehicles over the past three years totalled $81.6 billion. Although 2017 was the most active year, with $42.3 billion raised, 2018 was also strong, with funds raising $39.1 billion.

To put these figures in context, this compares with $22.7 billion raised over 2009, a total that has nearly been matched by the $20 billion raised in the first five months of 2019 alone.

Kencel is not surprised by the sustained interest in direct lending. “We believe investing in directly originated senior secured loans to private equity-backed traditional middle market companies – between $10 million to $50 million of EBITDA – provides an attractive risk/return opportunity for investors,” he says.

“With our portfolio as a proxy, these assets can offer yields in the 8 percent range, along with floating interest rates, reasonable leverage, solid loan-to-value and financial covenants.”

Kencel’s view of the asset class is echoed by others who have noticed the continued support for mid-market opportunities. “A lot of investor capital has flown into the traditional middle market and is a large part of the market,” explains MJ Hudson’s Job. “Direct lending remains the largest sub-strategy by capital raised, but mezzanine funds have also increased in popularity.”

Kencel, meanwhile, is expecting opportunities for directly originated mid-market senior secured loans to remain attractive in the coming months and years, notwithstanding the macroeconomic, fiscal and competition-related pressures.

“Everyone knows there will be an economic downturn at some point, and we believe senior middle market loans provide investors access to attractive yields from relatively conservative assets with inherent downside protection,” he says.

“With record private equity capital fundraising and nearly $600 billion in expected refinancing activity over the next several years, the opportunities for directly originated middle market senior secured loans are expected to remain attractive for larger investment platforms that can access the highest quality investment opportunities.

There is a logic to Kencel’s assessment. After all, the majority of US-based mid-market businesses have revenue streams that are predominantly domestic-focused. S&P 500 companies, on the other hand, often have revenues split evenly between US and international sources.

Investment group White Oak agrees that the mid-market is where opportunities are likely to appear in the medium term, though its preferred approach differs slightly.

“What is the real need of middle market companies?” asks co-president Darius Mozaffarian. “Companies often need capital to acquire a competitor or to buy out a minority shareholder. These, we thought, are good candidates for term loans. Then, there are those looking to purchase new plant or machinery, and these are good candidates for equipment financing.

“The middle market in the US alone is anywhere between 200,000 to 300,000 companies. That is an enterprise value of between $50 million and $1.5 billion. That portion of the market in the US is the bread and butter of our GDP.”

Mozaffarian says that of those 200,000-300,000 companies, only around 15,000 will have a private equity sponsor, and that this presents a different opportunity to investors: “These 185,000 middle market companies have interests and ambitions to grow their business. As a result, we said we need to expand our product base to include equipment financing and asset-based lending.”

As investors become more focused on their preferred type of private debt exposure, they are also becoming more discerning in their choice of asset manager. Fund groups say they are being quizzed more often on the skills and capabilities of their staff, prior to being awarded mandates.

“Selecting the right manager is imperative,” says Kencel. “Scaled direct origination platforms with strong relationships built over time have the best access to high quality dealflow and the ability to be the most selective.”

He adds: “An experienced team with a strong track record of disciplined credit underwriting is of the utmost importance. To gauge this, look to managers that have already been through past economic cycles and performed well.”

Mozaffarian agrees, saying that it is important for investors to understand the approach that a firm takes to underwriting and to ask the right questions in order to understand the experience within the core investment team. “A lot of us have sellside experience here and most of us come from more of a bank lending or a principal investing background,” he says.
These skills may prove useful should economic conditions become more choppy in the months ahead. Experience from the sellside during the global financial crisis may certainly be useful should fund managers need to deal with defaults more frequently.

However, identifying the correct combination of skills within a company is tricky and investors will never truly be able to assess the relevance of a fund group’s skills until those skills have been called upon.