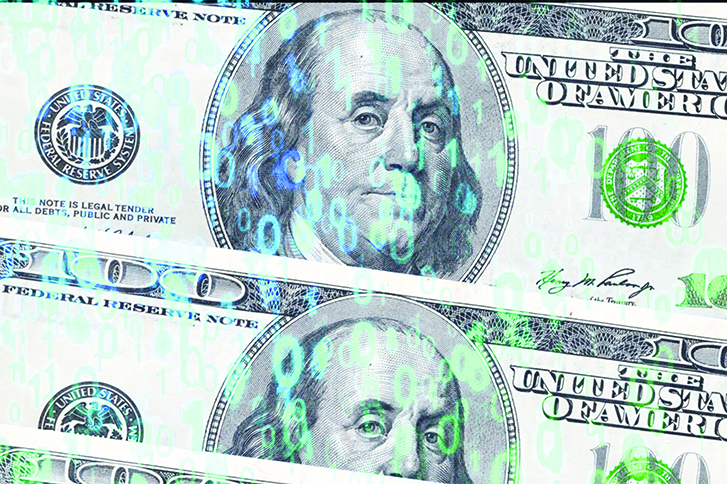 Small business is big business in the US. There are nearly 30 million such companies employing close to 50 percent of the nation’s workforce, according to the US Small Business Administration. And, with banks stepping back from lending to smaller businesses in the wake of the global financial crisis, a gap opened up that has been at least partially filled by technology-enabled platform lenders, such as Kabbage and OnDeck. Indeed, in late 2017, S&P Global estimated that digital lenders in the small- and medium-sized enterprise space would see a compound annual growth rate of over 20 percent in the five years to the end of 2021.

For some, the arrival of internet-based lending represents a democratisation of the credit market for smaller businesses, which may struggle to access debt capital elsewhere, while offering an efficient distribution model to those that are lending.

“Platform lenders fill quite a large niche,” says Lawrence Kaplan, chairman of bank regulatory in the global banking and payments systems practice at Paul Hastings. “They are disrupting the space and have turned everything upside down by offering loans based on monthly repayment affordability or repayments based on a percentage of profits, and providing debt quickly – often within 24 hours. It’s highly efficient because lenders can reach these borrowers very easily.”

Models differ. Square and PayPal, for example, lend largely to existing users of their payment systems so they can make underwriting decisions based on, among other things, sales data and deduct repayment directly. OnDeck, meanwhile, is publicly listed, lends from its balance sheet, has a partnership with JPMorgan Chase and has created a scoring system based on a combination of data sources, including transactions, accounts, public records and proprietary information. But between them, the platform lenders have advanced significant funds to small businesses over the past decade: OnDeck says it has lent $10 billion and Kabbage $7 billion.

Many also claim to be able to advance fairly significant amounts – in the case of Kabbage, up to $250,000; for OnDeck, up to $500,000. Invoice-factoring clients at BlueVine can get credit lines of up to $5 million, according to their websites. And more specialist online lenders are starting to emerge – 6th Avenue Capital, for example, can provide bridge loans.

So are these tech-enabled lenders muscling in on business development company territory? The past few years have seen many private debt and equity firms establishing BDCs to access the small business financing market. According to Deloitte, there were 95 of these vehicles at the end of 2018 with a shade over $100 billion of assets, up from just 37 and $23 billion in 2009.

“Platform lenders fill quite a large niche. They are disrupting the space and have turned everything upside down”

The answer to the question is: not exactly. Many online lending platforms have partnered with banks, thereby attracting revolving credit facilities from traditional lenders, for example. However, their reach is also proving attractive to a number of BDCs. In 2016, New York’s Prospect Capital was linked to the online lending space, having acquired loans from OnDeck and, later on, a securitised consumer portfolio from Lending Club. More recently, securitised portfolios have increasingly become a means for BDCs to gain exposure to a variety of small and medium-sized company loans without a lot of origination legwork.

“We haven’t yet seen a convergence between direct lending vehicles such as BDCs and online lenders,” says Ted Koenig, president and chief executive of Monroe Capital. “That may come, but we are seeing direct lenders provide capital to online lenders, and some invest in platform lenders’ securitisation offerings.” Securitisations are also increasing in size – Kabbage recently claimed it had completed the largest asset-based securitisation to date by a small business online platform, at $700 million.

“BDCs are actually benefiting from the growth of online small business lenders,” adds Sandeep Gupta, partner and co-leader of Deloitte’s fintech practice. “The creation of securitised products is giving BDCs exposure to a large number of small company loans – it’s helping the growth of BDCs. In any case, the market is so vast and, as the banks have moved away from small business lending, there’s plenty of room.”

Yet despite the promise of relatively easy access to traditionally hard-to-originate small business loans, these developments are starting to raise eyebrows. “Other groups involved in this area have a history through the cycles,” says Koenig. “Online lenders have not yet lived through that. As long as there are tailwinds in the economy, they will continue to grow, but when conditions change – and they will at some point – the model will be tested. They’re largely assuming a 6 percent to 8 percent default rate, yet it could be as high as 20 percent.”

The trend for securitisations is of particular concern. “Some are lending from the balance sheet,” adds Koenig. “Others are parcelling off loan portfolios and selling them to investors that are not sophisticated in this area. There is the potential for a repeat of what we saw in the mortgage securitisation crisis if these loans default at higher-than-anticipated levels. While these loans are not being held in the financial system and so don’t pose a systemic risk, some people could lose an awful lot of money.”

“These lenders have not been tested in a downturn,” says Gupta. “It will be interesting to see what happens when more challenging conditions come into play. People need to be mindful of what we saw with CLOs in the last crisis and stay one step ahead of a change in the cycle.”

It has already been far from plain sailing for a number of platform lenders. Lending Club, for example, got into hot water in 2016 when an internal review found irregularities relating to $22 million of loans, which led to founder and CEO Renaud Laplanche standing down (he’s since set up a rival consumer lending platform, Upgrade). Funding Circle, too, has had its share of woes. Listed in October 2018, its shares fell after it announced that it was winding up its SME Income Fund, which made loans to US and European small businesses. Reports suggested that rising default rates and the cost of hedging currency exposures were eating into returns. The online lender has since launched private debt-style closed-ended funds targeting the UK and, separately, Germany and the Netherlands.

It’s an interesting move, although not one we were able to explore in any great depth with Funding Circle as it, in common with the five other online lending platforms we approached, declined interviews on the growth of the market in the US.

It is believed to be the first online lender to raise closed-ended funds, but there’s not much to stop others from following in its footsteps. With an average loan size of around €60,000 for the Germany and Netherlands-focused fund, Funding Circle won’t be competing with the more traditional private debt funds. But could this happen with others? It depends on who you ask.

“These lenders are advancing relatively small sums and, in many cases, rely on algorithms to generate credit scores,” says Koenig. “That’s very different from the funds’ traditional business of financing larger, sponsor-backed transactions, where a high degree of human involvement and company underwriting is necessary because each deal is bespoke.”

The technology used by online lenders currently only offers advantages in highly repeatable situations. However, at least some of the human element will inevitably be taken out of the private equity-backed deal underwriting world over time, too, as machine learning and data analytics become more widely adopted and sophisticated. And that leads some to believe that private debt funds may well need to shift their models in the not-too-distant future. “Will private equity funds team up with online lenders?” asks Kaplan. “In 10 years’ time that could happen. Once people become more comfortable with platform lending and see that it can deliver loans more efficiently, faster and more cheaply, sponsors will absolutely want to work with the online players.”

We will have to wait and see whether this vision of the future pans out. It’s quite likely the economic cycle will turn within that period, and only then we will really know how robust the model is.