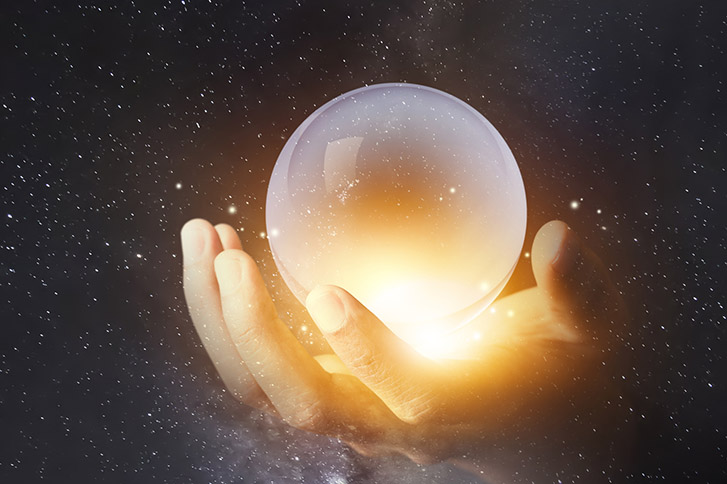 Predicting the future can be a precarious exercise for any asset class. But, in these uncertain times, the ability to anticipate bumps on the road ahead is more important than ever.

Innovation and new technology are entering the industry, so managers and service providers must find new ways of working to unlock new opportunities. But it is not just technology that is changing – cyclical changes are on the horizon and macro threats are growing.

It is all change once again in private debt. Here are five key things to bear in mind.

It’s not just about the US

North America may well be the most mature market – and the biggest – but there is so much more to private credit, which is truly a global asset class. Europe and Asia are both on the rise.

While most capital in the US comes from non-bank lenders, Europe is still bank-centric – although less so than 10 years ago. As Europe catches up with the US, Asia-Pacific is catching Europe. Here the banks do have a stronger foothold, but again, the picture is changing.

PDI data show 795 funds in market at the start of October. Of $256.3 billion being targeted, $123.4 billion is focused on North America. There is $55.1 billion targeted in Europe and $19.4 billion in Asia-Pacific. The bulk of the rest is multi-regional, with Latin America, sub-Saharan Africa and MENA accounting for just a small slice between them.

The top three strategies are subordinated/mezzanine debt, distressed debt and senior debt, with small allocations to venture debt, CLOs and others. Two-thirds of funds in the market are focused on corporates, with 22 percent looking at real estate and the remainder focusing on infrastructure or a diversified approach.

Private debt is developing in Asia-Pacific

“Asia is not a monolith,” as Allianz Global Investors’ Sumit Bhandari notes. “You have a lot of countries with different credit and business cycles and each of them is growing differently.”

The large Japanese pensions have stepped up their activity markedly, while there are also developments across the likes of South Korea, Singapore and India, but China is particularly interesting at the moment.

The government’s latest policy guidelines for commercial banks and regulation on corporate borrowing show how supply-and-demand dynamics are changing in the country.

Restrictions on offshore bond issuance by Chinese residential developers imposed by the State Council’s National Development and Reform Commission mean Chinese offshore borrowers can only issue US dollar-denominated bonds if they have existing debt to refinance. Liquidity has tightened as a result.

Keep an eye on those covenants

“Covenants are critical,” says Theresa Shutt, CIO at Fiera Private Debt. “They enable us to track the performance of the business and provide early warning signs of potential problems.”

The frothiness of much of the market – where yields are historically low but leverage is high – has sharpened some investors’ focus on US lower mid-market direct lending. There, they can get enhanced yields and stronger creditor protections, with tighter covenants.

“Lower mid-market direct lending managers will be in a position to quickly take action and protect investor capital rather than being sidelined by weak or non-existent financial covenants,” says Jon Schroeder, founder and managing partner at Tree Line Capital Partners.

Europe has also become more competitive, with the amount of capital raised over the last few years outpacing the supply of M&A volume. As more capital seeks the same amount of deals, it is getting tougher to stay disciplined.

Leverage is being stretched and lenders are even increasing the size of the transactions they are targeting. That can put them into competition with the broadly syndicated markets. But it is the appearance of covenant-lite transactions in the European mid-market, mainly at the higher end, that has participants wondering whether they should be concerned.

While cov-lite issuance is not a problem in and of itself, covenants do offer structural protection that investors might value when the turn of the cycle does come.

Everyone wants to know when the cycle will turn

“We seem to be in the latter stages of an elongated credit cycle, but it’s very difficult to predict when things might turn,” says Adam Wheeler, co-head of Barings’ global private finance group. That is why it is so important to take a lower yield in exchange for a stronger credit or structure. “There are some who question whether there is a cycle, but we believe there is one and we’re in the later stages,” agrees BlackRock’s head of European mid-market debt, Stephan Caron.

Paul Johnson, partner at EQT Credit, says: “Everyone is saying we are on the cusp of a downturn, but the reality is that there have been plenty of pitfalls out there over the past five or 10 years.”

Johnson points to macro challenges we have already seen – Brexit uncertainty, tariff wars, labour inflation – as evidence that there is quite enough to worry about without trying to guess when the cycle will turn. And when it does turn, it can be an opportunity.

“I actually think it will be useful for investors to observe managers’ ability, not only to restructure a company, but to grow it once it is restructured.”

The real trend for the future is diversity

There are more women-led events in private debt than there used to be as the industry makes a conscious effort to address the gender imbalance which has for so long been a feature of it. GLAS co-founder and group president Mia Drennan believes that supporting diversity and inclusion must come from the top. At a recent meeting with a pension fund client she was asked about her own firm’s diversity – and could point to the fact she was accompanied by two senior female colleagues while sitting opposite three men!

While she does not accuse them of being ‘pale, male and stale’, she notes this is certainly an issue elsewhere in the industry.

Balancing portfolio company investment teams is an important step. Change has to come from the top and that means women-led management teams and supporting female entrepreneurs. Initiatives such as more thoughtful parental leave and greater flexible working are a good start, but there is more to be done.

A roundtable of five leading women in private debt agrees that greater flexibility is an issue but they want to see the industry go further than it has done. “The statutory right to shared parental leave has been helpful but I think the more forward-looking businesses will give equal pay and benefits to working fathers taking parental leave,” says Barings director Caroline Mortimer. Diversity applies not just to getting more women into the boardroom, but to encouraging the development of a wealth of experiences.

Nicole Downer, managing partner and head of investor relations at MV Credit, has also seen the industry make huge strides over the last two decades. Firms are promoting diversity not just because it is the ‘right thing to do’ but because it is also economically sensible.

“For the first time, managers are spotting a link between internal culture and positive economic outcomes,” she says. We may not be at a eureka moment just yet – far too much remains to be done for that – but slowly but surely the wheels are turning and, if the industry continues to make progress, it can finally “make lack of diversity an issue of the past”.