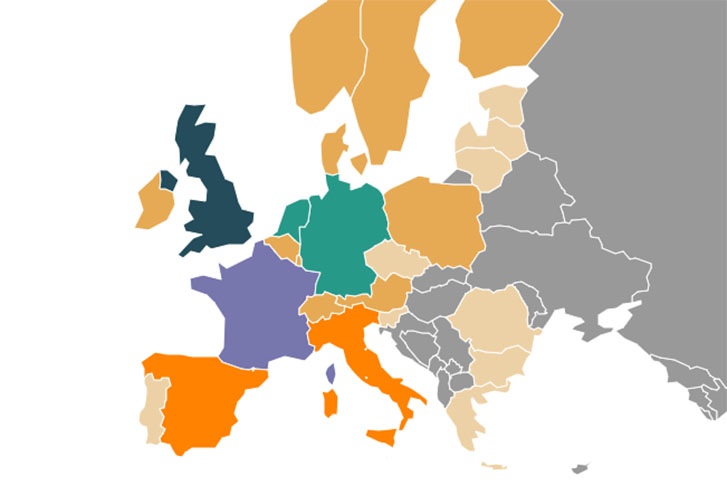 Deloitte’s data on mid-market deal volumes reveal how European private debt has evolved since 2013. There has been an expansion of activity across the continent, though the region is still far behind the US. The most notable jurisdiction over the past six years has been France, which has rapidly become Europe’s second most popular location for private debt investment.

Although Germany has grown more slowly, it is also expected to become a major source of deals in the near future, as more private debt funds open offices and hire specialists in the country.

Deal activity in the UK has proved resilient, notwithstanding the uncertainty surrounding the country’s impending exit from the EU. After a small decline in 2016, when the country voted to leave the bloc, private debt activity increased in both 2017 and 2018.