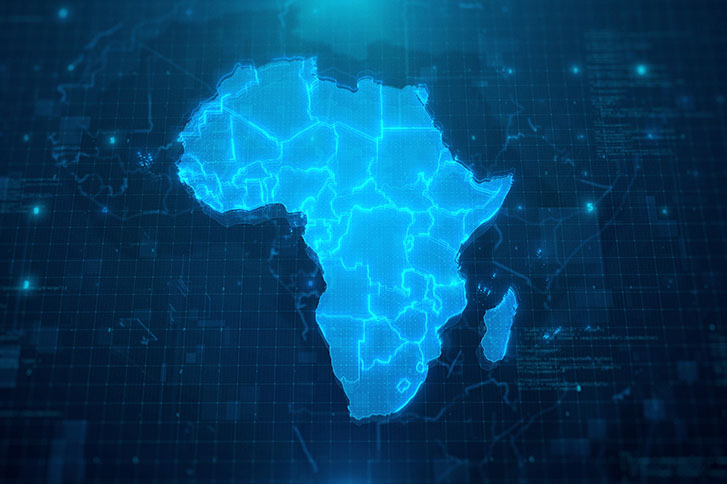 For investors who want to make an impact, Africa is an obvious place to start. The continent’s rapidly growing and urbanising population, coupled with its resource wealth, mean Africa’s rise is set to be one of this century’s economic mega-trends. At the same time, almost 600 million people in Africa lack access to electricity, four in 10 live without safe drinking water, a fifth of primary-aged children are out of school and 237 million people suffer from malnutrition.

With opportunities abounding to address social problems while meeting consumer needs, it should come as no surprise impact investing has begun to take hold in Africa. Some 52 percent of investors who responded to the 2020 Global Impact Investing Network survey said they plan to increase their Africa exposure in the next five years. And from financing major infrastructure projects where patient capital is required, to providing loans to local entrepreneurs with modest capital requirements, private debt will be a crucial part of the impact investing story in Africa.

This is a source of frustration for many in the development community, who often critique the larger impact funds for prioritising major equity investments and neglecting African small and medium-sized enterprises that are left starved of financing. A report published by the World Resources Institute in June 2020, for example, called for impact fund managers to experiment with local currency debt funds in order to support the entrepreneurs who form the backbone of African economies.

“We’re an investor that’s willing to ride the storm, whereas an equity investor will take a much shorter-term view”

In fact, when covid-19’s arrival threatened to leave a swathe of economic destruction in Africa, some firms did conclude that debt financing offered the best way to support embattled SMEs. Vital Capital, an impact fund manager, set up a new facility to provide affordable credit to businesses providing essential services. The loan programme was “completely different from our main equity strategy”, says Francisco Machado, Vital Capital’s VP of investments. “We launched this as an emergency facility, but we believe there is an opportunity for this segment to grow further.”

As a result, “an impact vehicle has a very strong market to play in”, argues John Simon, founding partner at Total Impact Capital. “The market for investors looking for impact through private debt is strong and largely untapped. There’s a large opportunity to scale up.”

Private debt investing in Africa certainly has an appeal for investors who prioritise impact and are willing to accept below market-rate returns. Indeed, the GIIN survey found that, globally, private debt impact investors allocate 32 percent of AUM to microfinance – a sector ideally suited to Africa, where entrepreneurs, who are very often women, struggle to access capital.

However, it is not only SMEs that can benefit from private debt-focused impact investors. Many infrastructure projects on the continent require longer-term financing, says Sumit Kanodia, investment director at Ninety One, which manages the Emerging Africa Infrastructure Fund on behalf of both donor funders and private investors.

The EAIF may provide loans for infrastructure projects with terms as long as 18 years, which requires a realistic view of how risks are likely to fluctuate over this timeframe. “We’re an investor that’s willing to ride the storm, whereas an equity investor will take a much shorter-term view,” says Kanodia. “We’ve got a lot more leeway to be a lot more impactful in the countries that we invest in and take higher risks on transactions that we think are credible.”

Yet from the point of view of large-scale investors, deploying significant volumes of capital in Africa can be difficult. “The first challenge is the existence of bankable projects,” says Marco Serena, head of development impact at the donor-funded Private Infrastructure Development Group, which established the EAIF and several other impact vehicles in Africa and Asia. Serena notes that over half of PIDG’s investments are in countries classed as ‘least developed’, but the ticket size is less than half of investments in lower-middle income countries.

In terms of attracting commercial investors, it doesn’t help that perceptions of risk are heightened in sub-Saharan Africa. Some 35 percent of respondents in this year’s GIIN survey described country and currency risk in the region as ‘severe’. The pattern of many African countries falling into sovereign debt distress, and the associated spiral of currency depreciation, does little to inspire confidence in the continent as a safe place for private debt.

But Simon points out that, outside a handful of crisis-torn countries, country risk factors are generally manageable on the continent. Total Impact Capital works in Nigeria, Kenya, Tanzania, Ghana and Uganda – “countries where people can get things done”, says Simon. “In the vast majority of Africa, the basic requirements of being able to offer a debt product exist.”

He does recognise, however, that “political risk will be manifested in the currency hedging costs, and those become one of the more challenging costs that we have to deal with”.

Rather than highlighting political risks, Kanodia cites the more mundane challenge of navigating bureaucracies as a “big stumbling block”. For large public-private partnership infrastructure projects, Kanodia reports investors might have to endure frustrating delays as documents await sign-off from various ministries. But he does point out that once a framework has been put in place with a government and an initial project launched, similar deals can be negotiated with much less difficulty.

Serena suggests that rather than focus only on large investments, impact fund managers “need to balance the portfolio with smaller and more nimble opportunities”. Although infrastructure mega-projects can sometimes have market-transforming impacts, they also take many years to develop. Municipal-level investments, such as in waste, water or affordable housing, are also vital to achieving the SDGs, says Serena.

In many respects, Africa has confounded expectations by weathering covid-19 more successfully than much of the world. Yet the economic impact has been far from negligible. “Raising capital for funds in such an uncertain environment is going to be more difficult in the short and medium term,” Serena acknowledges. But he remains optimistic that investors can be convinced that “there are investible opportunities that have both an acceptable credit and make a positive contribution to the SDGs”.

Looking beyond the turmoil of 2020, a spirit of optimism prevails among those at the forefront of impact investing. “Covid has definitely created more interest in impact investment,” says Simon. He believes that sustainable financing vehicles that go beyond crisis-response to “leave behind a mechanism that can help provide a permanent source of financing into the future” will pique the interest of investors seeking to make an impact.

Kanodia makes a similar point. “Even before covid, we’ve been able to attract private sector lending,” he says. “These times validate that we need more and more investment in poorer countries.”

If covid-19 does indeed persuade investors to re-evaluate their approach, Africa – with its daunting challenges and vast opportunities – will surely be a major beneficiary.
“Impact investing is increasingly a hot sector, and Africa as a consequence has an increased appetite from impact investors,” concludes Vital Capital’s Machado.

Although covid-19 appears to have caused less mortality in Africa than in many other parts of the world, the economic impact of the pandemic has been severe. The World Bank estimated in October that the continent will see a 3.3 percent economic contraction in 2020, potentially erasing five years of progress in combatting poverty.
Unsurprisingly, the economic gloom has caused a spike in non-performing loans. Major South African banks have been severely impacted, with financial services group Absa seeing credit impairments grow four-fold in the first half of 2020 compared with a year earlier.

Private debt firms have not escaped unscathed. “Covid has been brutal for the portfolio we have in Africa,” says John Simon of Total Impact Capital. The firm’s debt facility for SMEs in the healthcare sector took a serious hit as a result of patients seeking to avoid clinics wherever possible for fear of contracting the virus. Although Simon reports Total Impact Capital’s portfolio has started to recover with the easing of lockdown measures, the firm been forced into multiple restructurings to avoid defaults.

The Emerging Africa Infrastructure Fund has seen a variable performance across its portfolio, with investments in airports and airlines badly affected but telecoms investments performing strongly amid growing consumer demand. “The longer this goes on, there’s a risk we’ll need to restructure more transactions,” warns Kanodia, although he notes that as a patient investor, “we’re happy to sit around the table and renegotiate, rather than call default.”

The logistical problems caused by the pandemic have also caused headaches. “There have been delays in a lot of our transactions because we can’t get into the country,” Kanodia says. He reports that travel restrictions have prevented managers carrying out due diligence trips or meeting government officials, while also impeding the work of contractors or consultants.