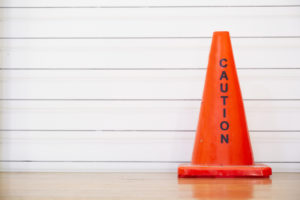 As the economic expansion has entered its 11th year, there was plenty to discuss at this year’s PDI New York Forum, where hundreds of limited partners, general partners and their advisors gathered. Below are some of the key takeaways.

Anyone who’s sat through a private credit manager presentation has heard the phrases “every deal we do has a covenant” and “we invest in senior secured loans”.

“So, what?” some of the limited partners at the PDI New York Forum said this week. “What does senior secured mean?” one institutional investor asked.

“Just having a covenant isn’t enough. What is the actual [leverage] ratio?” another institutional investor said, adding that the next questions should be iterations of “how tough are the covenants?” and “how can they protect you as a lender?”

It also showed that investors have become quite savvy about private credit – they understand not all first-lien senior secured loans are created equal. A loan with a spread of 6 percent over LIBOR has a much different story behind it than one with a 10 percent spread. Both may be first-lien senior secured loans, but the similarities likely end there.

The sentiment was reminiscent of an attitude voiced by Oaktree Capital Management co-chairman Howard Marks, who also spoke at the event, in one of his many memos to clients: “What the wise man does in the beginning, the fool does at the end.”

Make sure to work out your workout process

One US insurance investor emphasised the importance of establishing a thorough workout process, and also stressed that it’s not just the importance of having a person or team dedicated to working out problem credits. The question arises: can a credit manager – shops that often aren’t accustomed to owning companies – actually run the business it “took the keys” for?

Consistency is key, one lower mid-market manager noted. In baseball, you can hit three out of every 10 pitches and be a hall of famer, which is hardly the case in private credit. To be a great lender, you have to bat close to 10 out of 10, this attendee noted.

A private pension plan investor noted that identifying the good managers from the not-so-good ones involves not looking at their successes but understanding how they handle bad credits.

Workout ability is a concern shared by LPs across the globe. In late 2018, when Private Debt Investor held its inaugural Seoul Forum, Lotte Non-Life Insurance’s head of alternative investment management team Janghwan Lee noted that one of the key things his company looks for is a lender’s historical default rates and what its recoveries were in those scenarios. He also looks at a GP’s workout process and noted he prefers firms have a dedicated restructuring team.

There will be a dispersion of returns in the next downturn

Part of the basic pitch for private debt is that it’s “safer” than private equity because debt is higher than equity in the payment pecking order, therefore getting wiped out in a bankruptcy scenario is much less likely than it is for equity holders.

First-time managers are at a disadvantage, noted one banker that lends to private credit firms. The teams have not had to see the strength of their loan documents tested and might not realise the hidden traps, such as generous EBITDA addbacks eroding leverage metrics in the covenants.

Multiple credit firm executives also said that a track record developed in good times is not indicative of a firm’s performance, as it doesn’t include real-life downside scenarios.

The banker also said he expects senior debt recoveries to be lower in the next downturn than in the last one, as more unitranche loans have been issued and because of the increase of fund-level leverage. With the evolution of senior debt securities, both managers and LPs need to understand where they stand in the repayment order, asking questions such as, “Is there a first-out piece in front of me?”