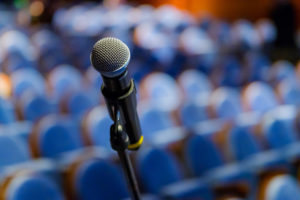 Another InterGrowth conference has come and gone. Mid-market credit providers at the large annual gathering in Florida – sponsored by the Association for Corporate Growth for US mid-market buyout shops, their lenders and advisors – expressed a sense of optimism. They noted that, for the most part, their portfolios were performing well in a healthy economic environment with favourable fundamentals. With that backdrop though, the market continues to be active and has largely recovered from the year-end volatility. Here are four takeaways from the event.

Add-on acquisitions continue to be a large source of dealflow

Platform buys continue to occur, but many of the transactions crossing credit managers’ desks are add-on acquisitions. One leader of a bank’s sponsor coverage desk noted that about 60 percent of the firm’s dealflow last year had been add-on acquisitions.

The continued importance of hold size highlights this factor. One credit manager said that as buy-and-build strategies by lower mid-market and mid-market private equity firms has emerged as a dominant investment thesis, a lender’s hold size has become a large factor in whether they are able to grow with a portfolio company.

The subtle repercussions of failing to achieve EBITDA addbacks

The most obvious side-effect of not meeting expectations (sometimes rather rosy ones) for EBITDA addbacks is the hidden leverage. If the leverage figure based off adjusted EBITDA is 6x, it could end up being much higher if not all the synergies and other addbacks are realized.

In a buy-and-build scenario, EBITDA addbacks can accumulate, one credit manager noted. After each successive bolt-on transaction, more addbacks are put into the situation. Failing to achieve even a couple of them on a regular basis, or even only a handful of times, can end up having a compounding effect.

The result is not only an increase in actual leverage but also a much more difficult situation with which to execute an investment thesis centred on add-on acquisitions, a second mid-market lender said.

If the platform company is in a sector well-positioned for consolidation, all of a sudden a potential home run could become a double or single. In addition, the mid-market lender said, any refinancing will likely lead to a higher cost of capital for the portfolio company.

One favourite mantra of those debt managers in the mid-market and lower mid-market is that covenants, pricing, EBITDA addbacks and the like are much more lender-friendly than the broadly-syndicated market.

That is certainly true – larger, more well-diversified businesses can naturally demand more generous terms and covenants (or, more often, a lack thereof). However, companies that would not have gotten a Swiss-cheese credit agreement three years ago are now achieving such a feat.

One of the mid-market lenders attending the conference said some $35 million EBITDA businesses – squarely within most people’s definition of mid-market – are closing deals with loans on upper mid-market terms.

The terms are certainly better than the syndicated loan market, but direct lenders are having to compromise on things they never thought they’d need to give an inch on. EBITDA addbacks have gone from considering one-time expenses like severance payments or legal settlements to calculating run rates of new store openings and figuring out how much EBITDA credit the borrower deserves for those additional outposts.

…and where does it end?

The borrower-friendly terms that characterised most of last year came back quickly after a first-quarter snapback from the year-end volatility. When posed the question of where the excess ends, one mid-market lender noted that there has to be a natural equilibrium, as investors expect a baseline level of return from private credit funds.

So, the question would be, will LPs accept lower returns, as they have had to do with many buyout funds? Or will there be pushback from investors that carries over to the deal market?