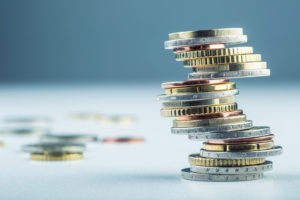 Among the openers credit managers use in their sales pitches: we’re in first lien senior secured loans. But one limited partner quipped at this week’s PDI New York Forum: “What does senior secured mean?”

The question gets to the heart of an oft overlooked sentiment of the “first lien senior secured” mantra: how deep in the capital structure is a manager willing to lend? For those that offer unitranche loans, the answer for some LPs might be further than they think.

A pure-play senior debt facility may be lent at 4x EBITDA, while a unitranche loan could go up to 5.5x or 6x EBITDA. Both are senior secured, but they of course have very different risk profiles. When conducting manager due diligence, what exactly the general partner means by “senior secured first lien” is important.

Unitranche usage has surged in recent years – after all, doesn’t a “one-stop solution” sound better than a senior-junior “two-stop solution”? Borrowers must only deal with one lender, rather than multiple, and credit managers can avoid contentious issues that come from negotiating an inter-creditor agreement.

But, again, the question is at what potential cost to the LP?

The sentiment recalled research Moody’s issued in August 2018. It showed first lien term loans in the broadly syndicated market having lower projected future recoveries due to the rise of senior-only capital structures and more permissive covenants. Those average historical recoveries are around 77 percent, while the ratings agency expects a 61 percent recovery in the future.

“We expect recoveries to be lower in the next downturn due to changes in capital structure whereby first-lien debt has increased relative to subordinated debt,” the ratings agency wrote.

“The result is more defaults than the last downturn as well as lower recoveries, undercutting a foundational premise for investing in loans,” Christina Padgett, a senior vice president at Moody’s, told Reuters at the time.

True, significant and importance differences exist between the broadly syndicated market and mid-market, including the continued existence of financial maintenance covenants in the latter.

But there is also an important similarity: the rise of senior-only capital structures in the mid-market, which has been in part driven by the unitranche. In the second quarter, according to Refinitiv data, deal volume for unitranche loans hit a quarterly high of $9.23 billion.

At the conference, one banker that lends to credit managers predicted that senior debt recoveries would be worse in the next downturn than in the global financial crisis due to the rise of senior debt fund-level leverage and unitranche facilities.

None of this is to condemn the one-stop structure. There are, of course, excellent borrowers and situations where a unitranche makes the most sense. It is to advise caution for LPs. If investors are seeking “safe” investments, at least on a risk-adjusted basis, in their alternatives portfolio and opt for direct lending, the positions should be just that: safe.

Write to the author at Andrew.h@peimedia.com.